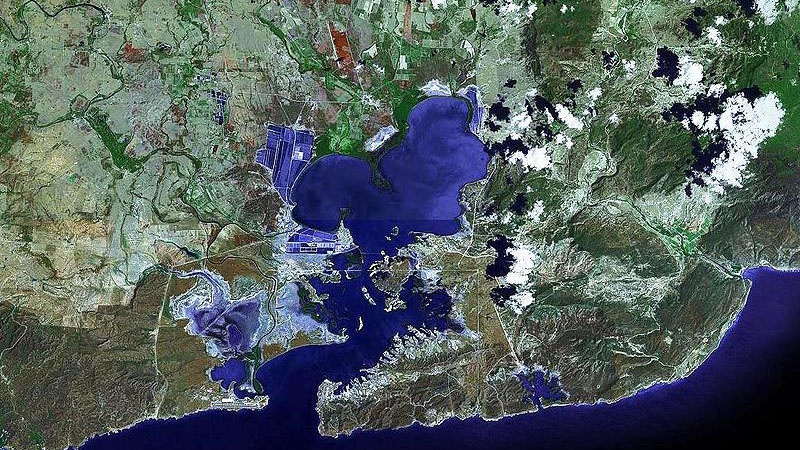 US president Barack Obama sent a long-awaited plan last month to Congress to shut the Guantanamo Bay military prison last month, ahead of an historic visit to Cuba.

The administration blames Republicans for stalling his 2008 campaign pledge to close the detention centre for suspected terrorists.

But if this time it succeeds in releasing its remaining 91 prisoners, what will become of the naval base on the island’s south-eastern tip?

It’s a question pondered by Joe Roman, a conservation biologist at Vermont University and James Kraska, a law professor at the US Naval War College.

Gitmo, as it is known, could be a prime candidate for closure by the Department of the Defense, as it looks to cut back operations, they say.

In an op-ed in the journal Science on Thursday, they argue it should become the “Woods Hole of the Caribbean”, referring to the US’ premier ocean science centre.

“This could be a powerful way for the Obama administration to achieve the president’s 2008 campaign promise to close the prison–while protecting a de facto nature reserve and some of the most important coral reefs in the world.”

The US has controlled the 45 square mile patch of land since 1898 after winning the then-Spanish colony, and Obama has made it clear that the transfer of detainees doesn’t mean it is willing to discuss handing back the territory.

It began to lease it from the Cuban government in 1903, although Cuba has deemed its ownership illegal since the 1960s and Havana refuses to cash a $4,085 annual rent cheque.

Anti-narcotics and search-and-rescue work could move to Key West in Florida, just 90 miles away, moreover.

Converting to a research centre, meanwhile, would train Cuba’s upcoming scientists and give global recognition to the island’s “conservation efforts and strong stance on climate change.”

This is extra important as it faces pressure to develop its well-conserved coastline, which boasts mangroves, seagrass beds and tropical forests.

“For the next generation,” they write, “the name Guantánamo could become associated with redemption and efforts to preserve and repair the environment and international relationships.”