To Mars on a sunbeam: NASA bets on solar space travel 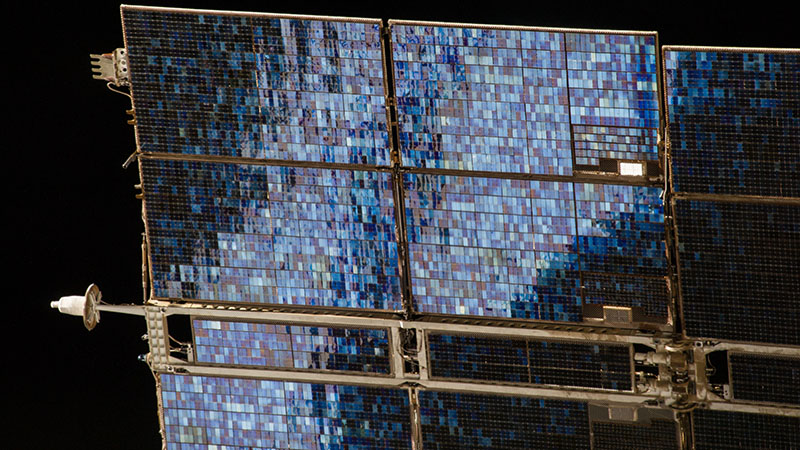 A portion of the solar array panels on the Zarya Functional Cargo Block (FGB) is featured in this image photographed by an Expedition 40 crew member aboard the International Space Station (Credit: NASA

But in more extreme temperatures – nearer blazing Mercury or chilly Mars – they are less effective.

Harvesting energy in these conditions will be a critical source of power for deeper space travel far from home: NASA aims to send humans to an asteroid by 2025 and the Red Planet by the 2030s.

That’s why the federal agency that put the man on the moon is bidding to improve design of its solar arrays.

Report: No hiding for polluters as carbon-tracking satellite numbers rise

A new development programme will hand up to US$400k to four research outfits, from a physics laboratory at John Hopkins University in Maryland to a Boeing venture in California, it said in a Monday statement. Some 13 applied.

“The ultimate goal of increasing end of life performance and enhanced space power applications will greatly impact how we execute extended missions, especially to the outer planets.”

NASA will whittle down the projects to two in nine months’ time, providing an additional $1.25 million. Just one is expected to deliver the hardware that could fuel the next chapter of space exploration.