Tanzania’s forests at risk as foreign aid dries up 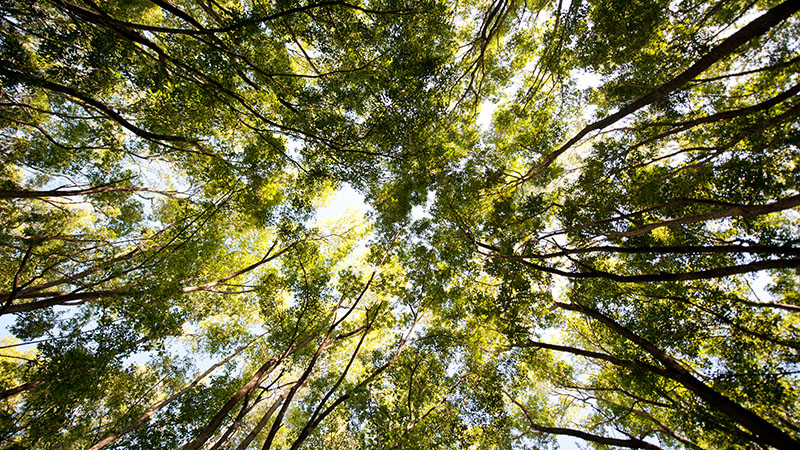 Looking up to the canopy in Tanzania (Flickr/ Jürgen Schmücking)

A six-year effort to slow tree-cutting in Tanzania has run into a drought of donor cash, NGOs are warning.

Norway and other governments funnelled US$76 million into conservation projects in the east African state from 2009-2014, according to a report by US group Forest Trends.

But a lack of fresh funds has stranded Tanzania’s fledgling REDD+ (Reducing Emissions from Deforestation and Forest Degradation) programme, heightening pressure on its dry forests.

“Following a jolt of funding from Norway that jump-started Tanzania’s REDD+ in 2009, progress has now come to a stand-still,” said Brian Schaap at Forest Trends’ REDDX programme. “Unless donors renew their commitments to support forest conservation in the country, the progress made early on will begin to erode.”

Rampant illegal logging, charcoal mining and expanding farmland has led to a 20% decline in tree cover over the last 25 years, according to the UN’s FAO.

Paying communities to leave carbon-storing trees in the ground through internationally traded credits, REDD+ operates in 29 countries across Africa, Asia and Latin America in varying stages of development.

In Tanzania, the Norwegian government funded nine pilot projects and trained local NGOs as the basis for a future fully-fledged scheme. It provided 85% of the $94 million committed, with Finland, Germany, the UK and Tanzania giving smaller chunks. 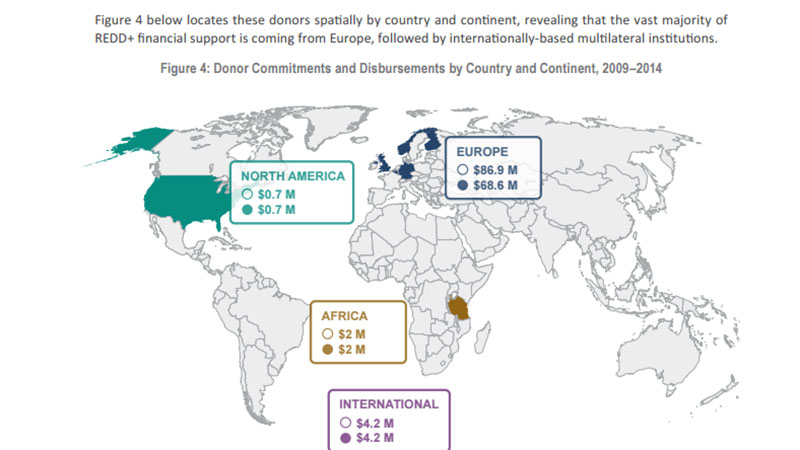 A spokesperson at Norway’s ministry of climate and environment said the partnership had a “planned end”, though it would continue support for smaller initiatives. It also supports Brazil, the DR Congo and Indonesia in similar agreements.

“The partnership with Tanzania is generating important knowledge and lessons learned,” said official Jens Frolich Holte in a statement. “It is our hope that Tanzania will engage in results based REDD+ schemes in the future, based inter alia on the experiences, competencies and capacities developed through our partnership.”

But Isilda Nhantumbo, an analyst at London-based think IIED familiar with local projects, criticised Norway for leaving it without alternative funders.

“For Norway to pull out without the security of others coming in and supporting that process is actually a waste of Norwegian effort as well as disillusioning local communities,” she said. Halting deforestation “cannot happen in a period of five years”.

In a global warming accord signed last year, 195 nations agreed to protect the planet’s fragile forests, naming REDD+ as a chief instrument.

Analysis: A ten-year battle to root forests in a climate pact is won

Donations by rich governments alone won’t halt their destruction, which is a major contributor to global warming. Forests twice the size of Portugal were hacked down worldwide in 2014 alone.

Forest Trends’ Schaap said Norway viewed its initial donation as “seed capital” to be topped up by foreign investors. It was hoping the 2009 Copenhagen summit would deliver a global climate deal, mobilising finance. That did not materialise and the delay until last year’s Paris pact held up cash flows.

Tanzania is now looking to other sources to implement the next phase. It is bidding for US$3.8m from the World Bank’s Forest Carbon Partnership Facility and $3.8m from the UN.

But securing major new REDD+ funding beyond this may be wishful thinking, said Schaap. “The pipeline for $50m dollar commitments under the Forest Carbon Partnership Facility (FCPF) Carbon Fund is already pretty filled, with a lot of countries hoping to participate. Unless the Carbon Fund receives a lot more donor funding, it will be difficult for Tanzania to get major new commitments,” he added.

What is more, Oslo’s strategy of channelling finance through its local embassy in Dar-es-Salaam had left the Tanzanian government in a “precarious” position to assume control of the REDD+ portfolio now.