Mediterranean could be in driest spell for 900 years

Drought in east spanning Cyprus to Syria the worst in at least half a millennium and may be nearly twice as long, scientists say 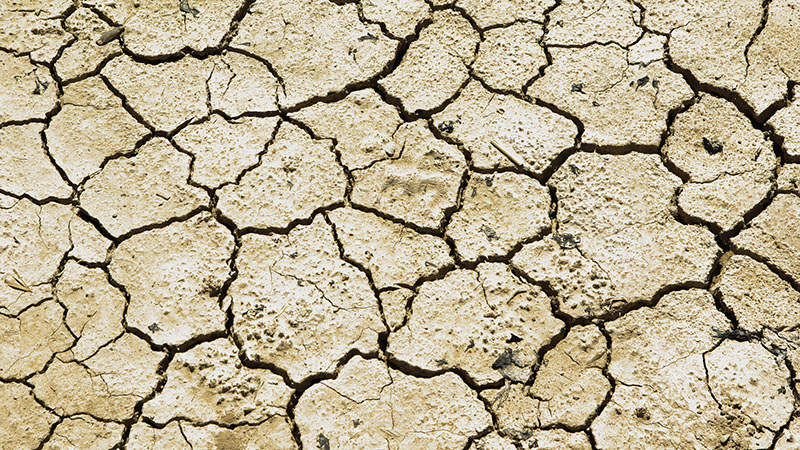 The drought that has blighted the eastern Mediterranean since 1998 could be the worst in nine centuries, according to new research led by scientists from the US space agency Nasa.

They report in the Journal of Geophysical Research Atmospheres that they used a tree-ring chronicle – trees accurately reflect the rainfall conditions of each year in their annual growth – to establish what had happened.

They found that although the island of Cyprus and the bordering nations of Israel, Jordan, Lebanon, Palestine, Syria and Turkey have always tended to be dry, the latest drought is at least 50% drier than anything experienced in the region in the last 500 years, and up to 20% drier than anything 900 years ago.

In effect, they have traced climate history back to a very different world, long before the European discovery of America; a world in which Christian crusaders fought the Saracen forces for control of Jerusalem; in which the armies of Byzantium held the eastern Roman Empire against assault from the Turks; in which the temples of Angkor Wat were first built; in which work on the great cathedrals of Europe began; in which Venice began to emerge as a great maritime power; in which the first European universities began to take shape.

The scientists used as their database a record of tree-rings now known as the Old World Drought Atlas: this is based on studies of trees, living and dead, from northern Africa, Greece, Lebanon, Jordan, Syria and Turkey.

The findings were matched with tree-ring records from Spain, southern France and Italy. The ambition was to reconstruct patterns of drought across time and across the entire Mediterranean basin.

They found – in the 12th century, between the years 1100 and 2012 – that the tree rings testified to droughts described in historical documents from the period. And the bottom line was that, however bad droughts had been in the past, the years from 1998 to 2012 were the driest in the entire timespan.

But the implication is that the current drought may be worse than normal because of the release of greenhouse gases into the atmosphere by the combustion of fossil fuels on a colossal scale: the researchers make the link only tentatively.

In such cases cause and effect are difficult to establish. The latest study is part of an attempt to understand the mechanics of the cycles of drought that have been a feature of the region’s history – and linked to the crash of civilisations and to contemporary social conflict.

“Both for modern society and certainly ancient civilisations, it means that if one region was suffering the consequences of drought, those conditions are likely to exist throughout the Mediterranean basin,” said Kevin Anchukaitis, an expert in ancient climates at the University of Arizona, and one of the authors.

“It’s not necessarily possible to rely on finding better climate conditions in one region than another, so you have the potential for large-scale disruption of food systems as well as potential conflict over water resources.”