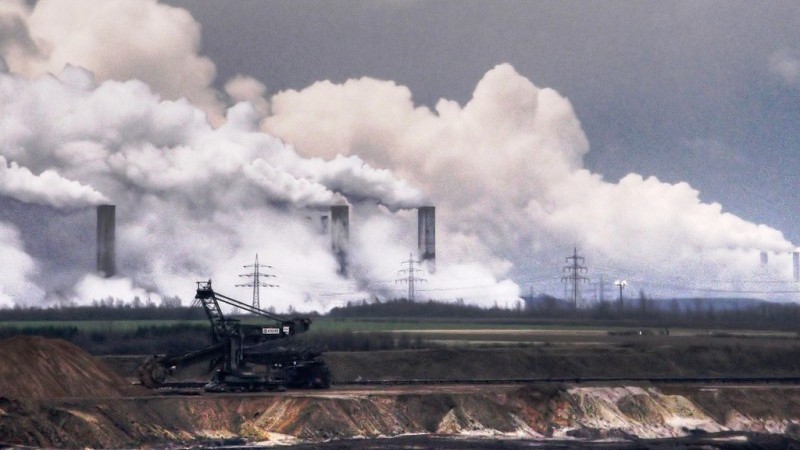 Germany’s carbon dioxide emissions increased by an estimated 10 million tonnes from 2014 to 2015, in a blow to the country’s claims to climate leadership.

Higher demand for heating oil and diesel, plus use of lignite (brown coal) for power generation, were behind the 1.1% bounce, according to Green Budget Germany.

The think tank warned this set Europe’s largest economy off course for its 2020 target of a 40% cut from 1990 levels. Berlin needs to find 18% cuts in the next five years.

It is an inconvenient analysis to surface the week Germany’s foreign office hosts the Berlin Energy Transition Dialogue, an international conference to promote cooperation on clean energy.

The country has gone all out for renewables, with biomass, wind, solar and hydro accounting for nearly a third of power generation last year.

Yet a 2011 decision to phase out nuclear power within a decade, lent impetus by Japan’s Fukushima disaster, has seen dirty coal maintain a significant share of the energy mix. 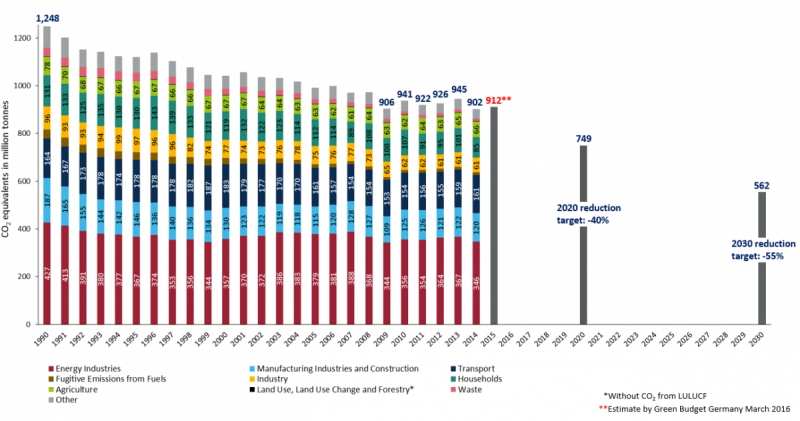 The government is considering plans to end coal burning by 2040 or 2050. In January, energy minister Sigmar Gabriel called for patience. He told a conference, in remarks quoted by Euractiv: “When one considers the future of coal, I would urge that you do so less from an ideological standpoint and to think more about the economic consequences.”

Those consequences include eliminating the fuel that still supplied 44% of power in 2014 and closing down lignite mines that employ thousands of Germans.

On the other hand, after 195 countries agreed a global warming pact in Paris last December, the industrialised nation is under pressure to chart a low carbon path.