Why did Paris climate summit get less press coverage than Copenhagen? 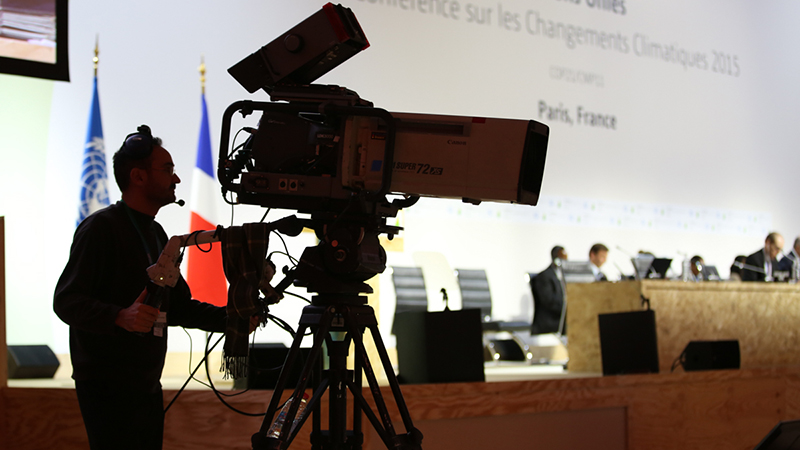 But the world’s media were apparently less impressed.

A research group at the University of Colorado Boulder’s tracking of newspaper coverage of climate change showed where COP15 waxed, COP21 waned.

It crunched articles written by 50 titles across 25 countries, from the UK’s Financial Times, Spain’s El Pais to Zimbabwe’s Herald. 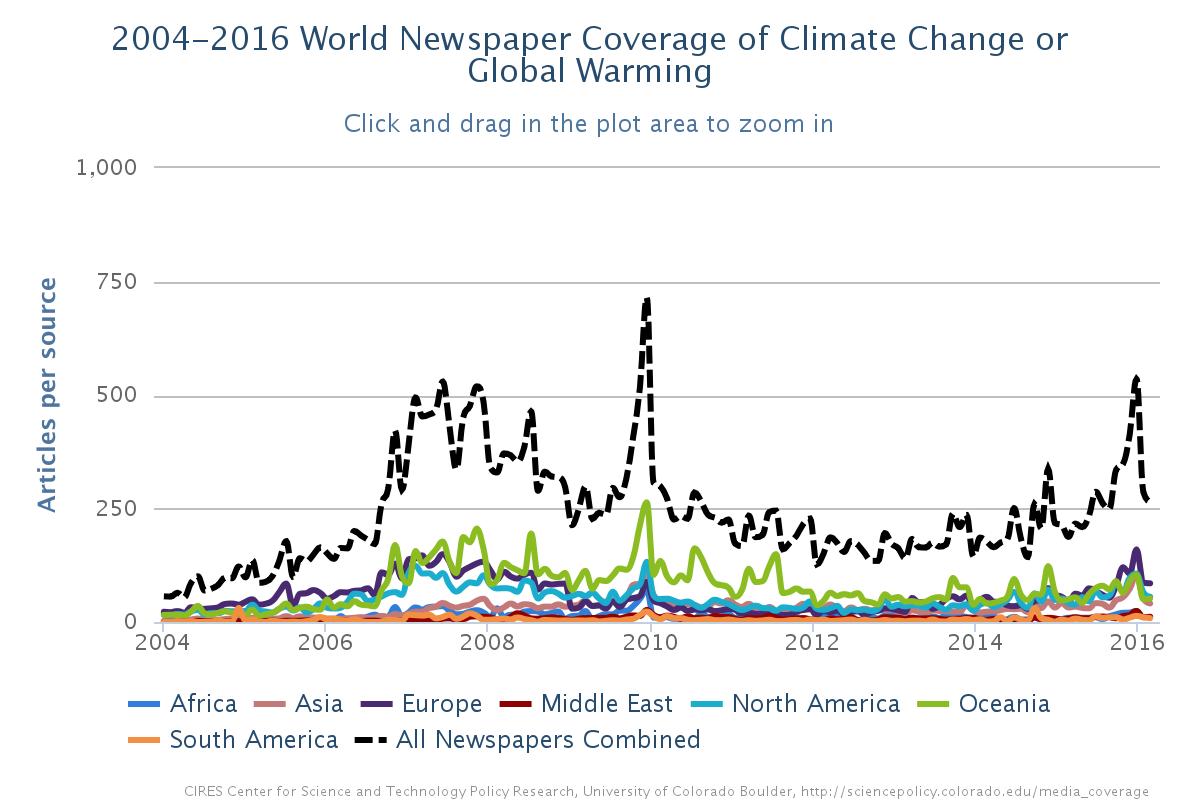 Why the decline? I spoke with Max Boykoff, acting director of the CIRES Center for Science and Technology Policy Research at the university.

In 2009, Obama’s bid to turn climate saviour drummed up interest.

The new US president’s role in intervening to salvage the talks generated a “tremendous amount of unbridled enthusiasm”, says Boykoff.

The summit also came weeks after the “Climategate” affair.

Hackers exposed email exchanges that they claimed showed scientists at the University of East Anglia manipulated data to bolster the existence of man-made climate warming.

Sceptics leapt on it as proof global warming was a conspiracy; subsequent inquiries found no evidence of misconduct. It generated lots of heat nonetheless.

“Those two examples definitely provided hooks and ways to frame stories,” adds Boykoff, who has written a book on media discourse on climate change.

At the Copenhagen conference itself, the talks broke down in acrimony between developed and developing countries – providing plenty of drama.

The 2015 summit went far smoother, by contrast. Years of diplomacy had created a more trusting atmosphere.

Boykoff says: “There was a much more sophisticated and complex treatment in the press and in addition there wasn’t this conflict frame that was readily apparent in the build-up [in 2009]”.

The changing nature of the media is another factor.

The rise of blogs and specialised sites may have reduced the main newspapers’ volume of reporting, Boykoff adds, though the “legacy” newspapers in the sample still largely shaped opinion.

The CIRES research team have more work to do. Improving the dataset and firming up the impact of new media’s rise are pending tasks.

The data is intriguing but Boykoff cautions: “A lot of coverage can be a lot of noise in the system. You need to look at the quality of coverage, beyond the counts of stories done.

“2016 is a fascinating time to be working on this if there ever was one.”