Farmers advised to swap beans, bananas and maize for hardier staples in face of hotter continent in new study 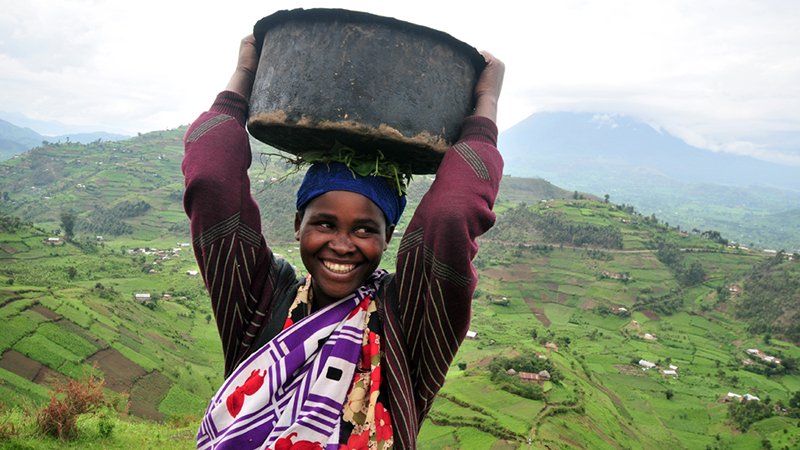 Global warming threatens some of sub-Saharan Africa’s most important crops, growers have been warned.

Key cultivating regions could become unviable in the coming decades under projected climate change scenarios, according to research published in Nature on Monday.

Bananas, beans and maize are most at risk of the nine staples that provide half of agricultural production. The other six – including millet, sorghum and yam – were found to be stable. 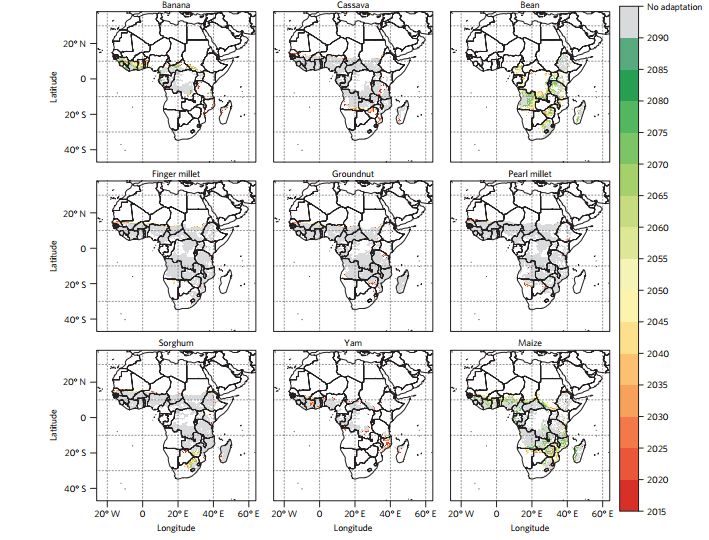 Crops affected in the most extreme climate change scenario (RCP 8.5). Grey areas show where the crop is still viable in more than half o fa 20-year period

So when will it be too late? The report gave the following timescales under extreme predictions of global warming:

2016 – Exposed areas in Guinea, Gambia, Senegal, Burkino Faso and Niger that currently depend on maize, millets and sorghum must begin switching.

2025 – Regions in West Africa including Ghana and Benin become unsuitable for growing bananas. The same follows for maize in Namibia, Botswana, Zimbabwe and Tanzania.

2100 – Maize becomes unviable in Niger. In Benin, 30% of yam-growing areas are affected and in Senegal, 35% of groundnut regions succumb to climate impacts. In sub-Saharan Africa, 41% of bean supply is lost. More than two-fifths of maize-growing areas require transformation.

Julian Ramirez-Villegas, lead author of the study at CGIAR’s Research Program on Climate Change, Agriculture and Food Security said: “This study tells where, and crucially when, interventions need to be made to stop climate change destroying vital food supplies in Africa. We know what needs to be done, and for the first time, we now have deadlines for taking action.”

The researchers note it can take 15 years to breed improved crops, but there is precedent for large transformations in Africa’s agriculture. Maize only became the dominant crop over small grains like millet and sorghum a century ago, as introduced by colonialists.

Andy Jarvis, a co-author at CGIAR said: “Our findings show that time is running out to transform African agriculture. This will require not only increased funding but also a supportive policy environment to bring the needed solutions to those affected.