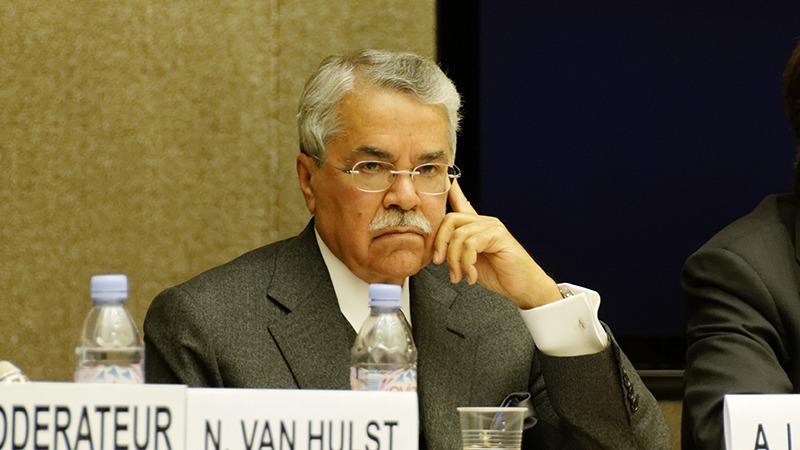 Big Oil must thwart the movement to leave fossil fuels in the ground, the world’s most powerful oilman said on Tuesday.

Addressing executives in Texas, Saudi oil minister Ali Al-Naimi said the industry had to shed its “Dark Side” image and show it was a “force for good”.

“As an industry, we should be celebrating that fact, and better explaining the vital importance of these precious natural resources,” he said according to an transcript from an event in Houston.

“We should not be apologizing. And we must not ignore the misguided campaign to ‘keep it in the ground’ and hope it will go away. For too long the oil industry has been portrayed as the Dark Side, but it is not. It is a force, yes, but a force for good.”

The growing divestment campaign bids to blacklist the industry as others shunned tobacco producers or Apartheid-era South Africa.

By last December, over 500 institutions including large insurers, funds and banks managing US$3.4 trillion of assets pledged to move out of fossil fuels for climate reasons. That’s a 70-fold rise on September 2014.

Fossil fuels were not the problem, but their “harmful emissions,” said Al-Naimi, who represents the hydrocarbon-rich Middle Eastern kingdom at UN climate talks and stepped down as chairman of national oil company Aramco in 2015.

The world must scale up technologies that capture carbon dioxide, instead of replacing the polluting fuels with renewable sources, he added.

Jamie Henn, spokesman for 350.org which is organising the divestment campaign, said Al-Naimi’s comments were like “Darth Vader trying to softer side” and “out of touch with reality”.

@A_Pashley @350 It’s like Darth Vader trying to show his softer side. They’re so out of touch with reality. Investors beware!

The US now leads Saudi Arabia as the world’s top oil producer following a revolution in techniques to extract it from shale rock, according to BP data.

Al-Naimi denied his country had declared war on US producers following oil cartel OPEC’s decision not to limit production. Crude prices have plummeted more than 70% since June 2014, bankrupting shale drillers.

“We must continue to work together and we must stick together if we want to achieve our common goal of supplying energy for the betterment of the world and humankind,” he said.