A warming climate and the loss of natural areas to meet the demands of tourism are driving Indian bee colonies to the brink, imperilling food crops 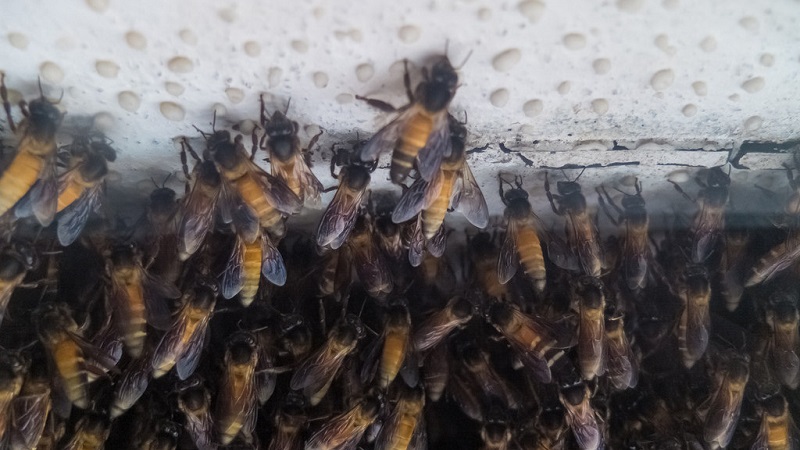 By Pramila Krishnan in Chennai

A lethal combination of climate change and human interference is helping to wipe out colonies of the giant honeybees on which many plants and trees in India depend for their survival.

The precise cause of colony collapse disorder (CCD) is not known, but researchers say that the loss of the bees will become disastrous for the whole ecosystem if it is not tackled.

The giant rock bee (Apis dorsata) is in sharp decline in one of its strongholds in the Nilgiris mountain range in southern India. The Nilgiri Biosphere Reserve, the first in India, has always been known for its giant bees, which form honeycombs on cliff tops and in tree canopies.

The bees, which grow up to 2cm in length, are migratory and frequently move to a new site to take advantage of better foraging. In places where flowering plants were abundant, there were often more than a dozen large bees’ nests, almost touching each other, in some of the larger trees.

Separate colonies of thousands of bees lived in harmony, producing large quantities of honey from the vast array of plants. But a change in rainfall patterns is now causing droughts that are wiping out some tree and flower species.

This, combined with the tourism that is prompting development in once natural areas, has led to a collapse in the numbers of bees, which scientists say help to pollinate 18% of 86 tree species and 22% of the shrubs in Nilgiris.

Local tribesmen depend on the bees for much of their nourishment, and 60-year-old Madhan Bomman, of the Kattunaicken tribe, is one of those campaigning to save the bees from the effects of CCD.

He says: “My community is completely dependent on honey bees. Teenage boys in our community will be trained in climbing trees and fetching honey from as young as 15 years. Fetching honey has been our occupation for several decades. Honey is also an important food in our menu for our family festivals.”

Bomman recalls how numerous the bees once were. “During my teens, our men would stick with one huge tree and draw honey for an entire week,” he says.. “Honey from one tree would be enough for 50 families.

“Now our sons have to climb 10 trees to get a few litres of honey. We find only very few tall trees in the forests, and several varieties of flowers have disappeared.”

He says tourism is also causing forest land to be lost and become covered in concrete. Nilgiris is a major tourist hub, receiving 2.5 million tourists every year. To cater for them, hundreds of legal and illegal structures have been built there, affecting land use patterns in the mountains.

“It is visible that climate change has affected agriculture and the food chain in Nilgiris,” he says. “The yield of vegetables and fruits is very low because of inadequate moisture content in the soil. Changes such as heavy rainfall in unseasonable months and severe water shortages at regular intervals indicate climate change.”

To add to the other problems, huge numbers of bees are also falling victim to the temptations of plastic cups. A recent research paper says dregs left behind in the disposable cups attract honey bees on a large scale.

“Instead of visiting the natural flowers, the bees are attracted more by the sugary rich residue in the cups and use it as an alternative food resource,” says the author of the paper, S Sandilyan, assistant professor in the Department of Zoology and Wildlife Biology at AVC College, Mayiladuthurai, Tamil Nadu..

He says the cups are death traps for the bees, which are trapped in the sticky liquid and cannot fly out to safety. During his research, he recorded the death of nearly 170 bees a day at a single beverage shop.