South America’s clean energy poster child is skewering its fossil fuel use, but reducing emissions from its meat industry is tough 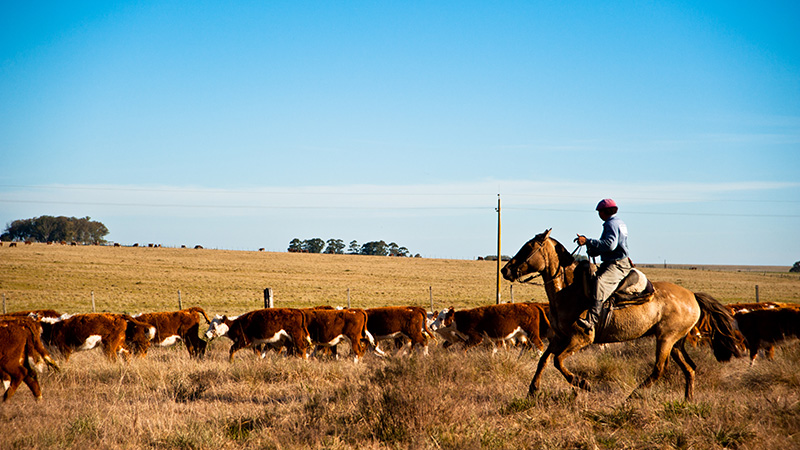 Cubans, Chileans, and Mongolians have swooned over the country’s shift away from fossil fuel dependency. A trip to slowly-emerging Myanmar is next.

The attention is deserved. For Uruguay – better known for its legalisation of marijuana and folksy former president Jose Mujica – now gets 95% of its electricity from renewable sources.

A decade earlier, tankers shipping oil and coal sourced its growing power needs. With limited resources and its rivers dammed for hydroplants, a gas pipeline with Argentina was in the works.

Then in 2008, the government set about a grand overhaul of policy.

“We had to increase our energy sovereignty, not for ideological reasons, but because it’s crucial for a small country like Uruguay to be as independent as possible,” says Mendez, speaking from Montevideo.

An unmistakeable signal from government and a streak of strong economic growth shored up investor confidence. Imports of turbine blades and photovoltaic panels followed.

Renewables now make up 55% of its total energy mix, he says. An 88% cut in carbon emissions by 2017 compared with the 2005-2009 average was the country’s contribution to last year’s Paris climate agreement.

A few natural gas plants remain on back-up, when low rainfall shuts down hydro plants and the wind drops. “We cannot control nature,” adds Mendez, its chief negotiator in Paris. 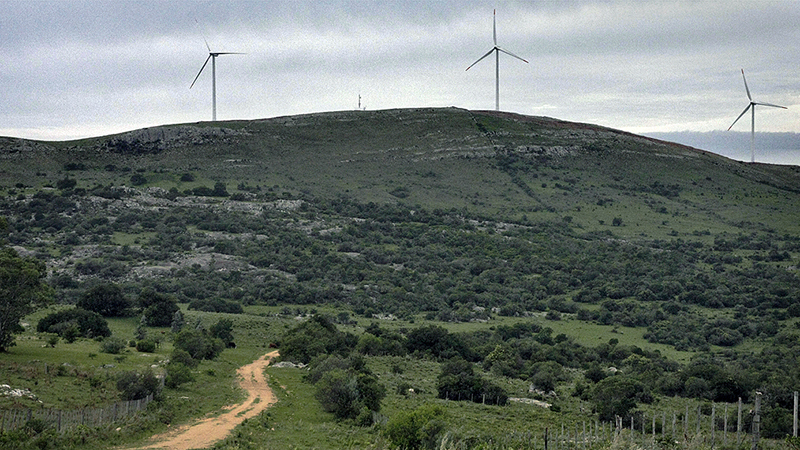 Technology has transformed its power sector, but its impact is muted in agriculture: Uruguay is a leading beef producer.

Cows outnumber its 3 million population four-to-one. Reared on its grassy plains, beef makes up 70% of its exports, worth $1.5 billion in 2013. Export income made up a quarter of GDP that year, according to the World Bank.

The country is grappling with the issue. In the Paris pledge, it aimed to cut the methane and nitrous dioxide produced per kilo of beef by a third. Burping cows produce 80% of its methane, while manure accounts for almost two-thirds of NOx.

“Uruguay cannot mitigate climate change at the expense of food production, but rather work on improving the efficiency of the emissions per product in the sector,” its UN submission read.

But production surged by three-and-a-half times over that decade and isn’t set to slow.

Mendez says hungry consumers in foreign markets should bear some of the burden – its exports feed ten times its population, he argues.

But experts warn surging levels of meat consumption aren’t compatible with limiting warming to ‘safe levels’ of a 2C temperature rise this century.

“It’s very clear that considerable growth from the livestock sector in terms of consumption on the global level, even allowing for improvements in production is going to mean you will almost certainly overshoot 2C,” said Antony Froggatt, a researcher at London think tank Chatham House who follows the sector’s environmental footprint.

Expanding forests will offset residual carbon emissions from the power sector, yet the developing country can only cut so much, Mendez says.

“When all the climate change difficulties came 100 years ago, we still had 12 million cows. It’s part of the landscape.”