Diesel ‘worse than petrol’ for the climate 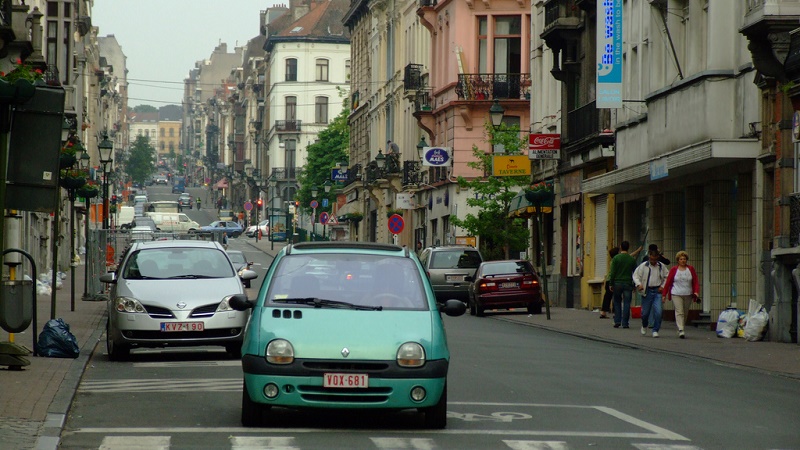 Europe must end its pro-diesel bias to protect health and the climate, campaigners have urged.

The group, Green Budget Europe (GBE), says that after including the global warming caused by black carbon – or soot – from diesel engines, cars that use the fuel do more harm to the climate than petrol-driven vehicles.

Their conclusion, which contradicts industry claims, is contained in a briefing for members of the European Parliament by Eckard Helmers, professor of chemical and environmental analysis at Trier University of Applied Sciences, Germany.

According to Professor Helmers, diesel’s share of new car sales in Western Europe rose from 15% during the early 1990s to more than half in recent years, because of reduced taxes and lower air pollution standards for diesel fuel and diesel cars.

GBE says the constant improvement in petrol engines is one factor explaining why diesel cars now have a worse climate record than petrol cars. But it says it is black carbon that pushes the climate emissions from diesel cars significantly higher.

When black carbon is expressed in terms of CO2 equivalent, the emissions of pre-2005 diesel cars, few of which have particulate filters, are 25 – 50% (40 – 80g) higher per kilometre than suggested by official estimates dating back to when the cars were sold.

Almost all post-2005 diesel cars are fitted with devices to cut particulates. But the briefing says testing in France shows the devices do not work properly on 75% of cars.

With diesel cars outselling petrol in Europe every year for the last decade, Professor Helmers says the continent’s refineries are now under strain, and grappling with a growing diesel/petrol imbalance. The tripling of diesel demand since the mid-1990s has led to increased diesel imports from Russia, adding security-of-supply concerns to the higher emissions of a longer supply chain.

GBE thinks Europe should learn from Japan’s adoption of different technology. It says:  “Progressing hybrids instead of diesel since the early 1990s, Japan now commands a substantial climate lead over Europe in producing low-CO2 cars for the mass market.

“A continued pro-diesel bias in Europe… would be a strategic mistake, risking the long-term competitiveness of European car-making”

GBE says: “A continued pro-diesel bias in Europe, either through reduced taxes, weaker air pollution standards, or both, would be a strategic mistake, risking the long-term competitiveness of European car-making.”

France is preparing to increase taxation on diesel fuel in 2016, and GBE says it is now time for Germany to follow suit: “The longer Germany waits before reducing its 18 cent tax gap between diesel and petrol, the harder it will become for its car-makers to become more competitive in making mass-market hybrids and electric vehicles.”

Diesel vehicles also make a significant contribution to air pollution. A recently-published study of 368,000 Britons over 38 years found that the health effects of exposure to polluted air persist for many decades after exposure.

The World Health Organisation says outdoor air pollution in both cities and rural areas was estimated to cause 3.7 million premature deaths worldwide in 2012, 88% of them in low- and middle-income countries, and the greatest number in its Western Pacific and South-East Asia regions.

Green Budget Europe argues for the use of environmental fiscal reform (EFR) in order to bring tax and spending into line with environmental goals.

Through green taxes, emissions trading, subsidy reform, the promotion of renewable energy and other measures, it aims at increasing the price of pollution and environmental damage and correcting market distortions.

It says this would “make prices tell the ecological truth”, and wants higher taxes on pollution to be balanced by reduced labour taxes.