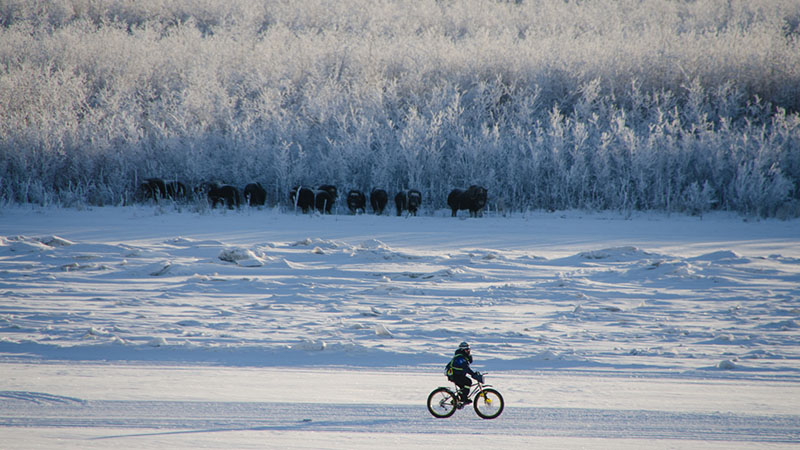 US energy secretary Ernest Moniz was among six senators on a field visit on Monday to a far-flung community to examine ways to cut its diesel addiction.

Less than 400 miles below the Arctic Circle, local populations rely on the shipped fuel to power skiffs in summer and heat cables to stop water pipes from freezing in the brutal winters.

With energy costs five times the national average, half of household expenses can go on bills.

It was intended to inform lawmakers debating an energy bill which bids to cut down energy waste and reinvest the savings in clean technology.

Energy security trumped climate change as the reason for the trip, on which Republican lawmakers outnumbered Democrats by four-to-one.

But the solutions offered could make an indent into Alaska’s hefty carbon footprint. The state’s carbon emissions per capita are the fourth highest at 49 tonnes of CO2 a year, according to the US Energy Information Administration. Diesel meets 90% of energy needs.

The Department of Energy launched a report last week which said the state’s solar potential rivalled Germany. It is putting up $7 million in technical assistance for indigenous communities to install photovoltaic cells. Limited financing and experts have impeded renewables solutions.

“We need energy solutions developed by Alaskans for Alaskans with technical assistance from our robust network of national labs, academia, and the private sector,” said Democrat senator and ranking committee member Maria Cantwell in a statement.

Barack Obama’s administration has made protecting the Arctic a priority. Last year the president travelled to the region, which is warming twice as fast as the globe, to highlight its vulnerability to climate change.

Glad this was the only Bear I met in the park. -bo

Read more on: Energy | US Energy