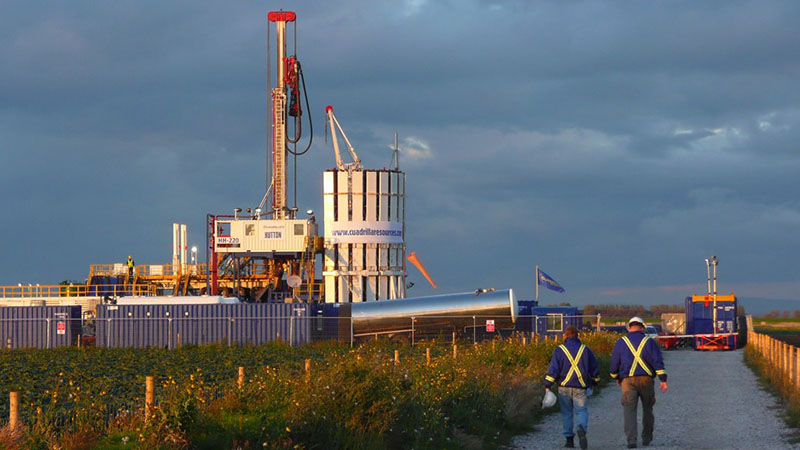 A kitchen tap catching fire in 2010 documentary Gasland highlighted the risks of the US shale boom, and energised a movement of anti-fracking activists.

Amid the controversy, does living near a gas or oil well really affect your drinking water?

“The answer to that question is usually ‘no,’ but there are exceptions,” said Rob Jackson as the Stanford professor presented his research on groundwater quality on Sunday to the American Association for the Advancement of Science.

The US pumped out a record 79 billion cubic feet of natural gas a day in 2015 as its shale revolution turned it energy exporter.

Poorly-built wells risk gas escaping into underground freshwater aquifers. And even if the casing is strong, drillers are operating at too shallow depths, his research found.

The practice is safe if it occurs at least thousands of feet to a mile underground, according to Jackson.

“We found a surprising number of places where companies are fracking directly into shallow freshwater aquifers,” he said. “In no other industry would you be allowed to inject chemicals into a source of drinking-quality water.”

Jackson cited a high-profile case in Pavillion, Wyoming, where the US Environmental Protection Agency (EPA) found that shallow fracking operations had released natural gas and other toxic compounds into freshwater aquifers.

“At Pavillion, they were fracking less than 1,000 feet deep, while people were getting drinking water at 750 feet,” Jackson said. “Contamination is more likely to occur when there isn’t enough separation between the hydraulic fracturing activity and the drinking-water sources.”

The strength of regulations vary from state to state for the practice in general, though only Texas and Colorado have restrictions or safeguards for shallow fracking, Jackson said, urging state regulators to take action.