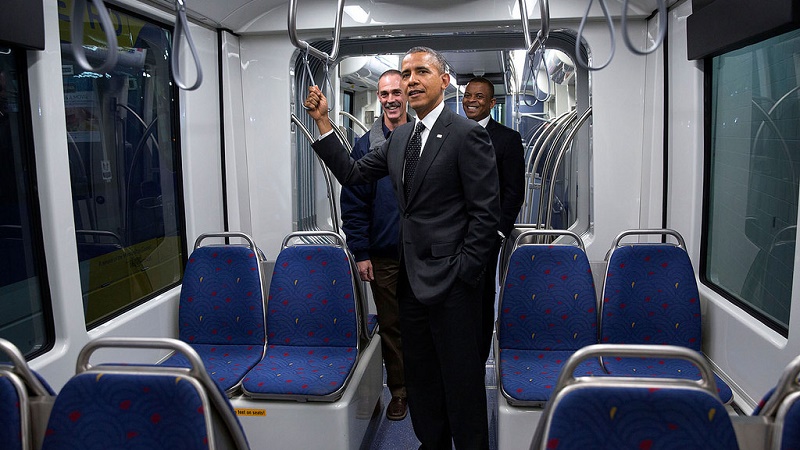 The levy, to be phased in over five years, would pay for initiatives ranging from high-speed rail links to research into self-driving cars.

It addresses a sector responsible for 30% of US greenhouse gas emissions, with car-oriented cities and suburbs locking in polluting lifestyles.

But the investment programme, worth $32 billion annually, would need the backing of Republican-controlled Congress, which is unlikely to be forthcoming.

Paul Ryan, speaker of the house, reacted swiftly, tweeting that the proposal was “dead on arrival”.

While the chances of Obama’s plan being adopted in the short term look slim, it is expected to jump-start debate on the country’s neglected transport infrastructure.

The highway network “is not ready to meet the challenges of a growing 21st century economy”, a White House fact sheet explained.

“That is why President Obama’s budget lays out a bold new plan for building a 21st Century Clean Transportation System funded by a new fee paid by oil companies.

“The new fee on oil will also encourage American innovation and leadership in clean technologies to help reshape our transportation landscape for the decades ahead.”

Read more on: Road | US Road