Pay-to-pollute rules in some countries, but not in others ‘worst possible solution’, says industry head 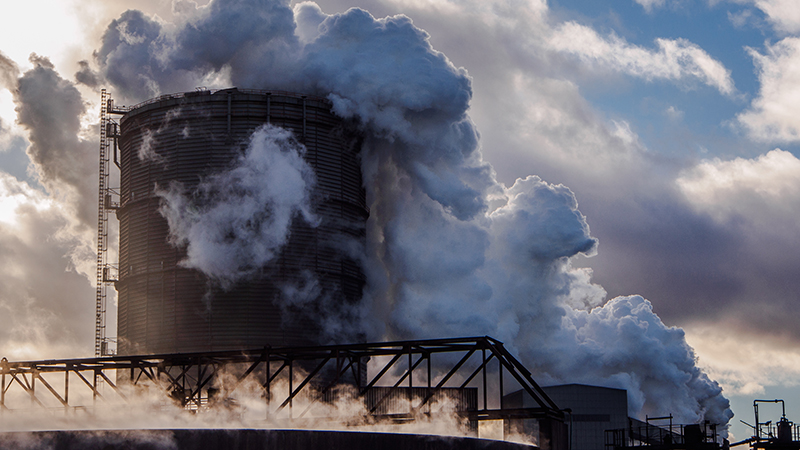 The blast furnace at Redcar steel plant, England. The factory is to close after 100 years with 1,700 job losses due to foreign competition (Flickr/ Archangel12)

Steelmakers burdened by carbon taxes need a “global level playing field” or face closures in the long term, according to the head of World Steel.

Europe’s 150-year-old industry risks ceding market share to major producers who do not yet put a price on pollution like China, India or Russia, says Edwin Basson.

It comes as a global supply glut of steel has plunged Britain’s industry into crisis, with top producer China accused of ‘dumping’ below cost products on foreign markets.

“The worst possible solution you could get to have is carbon costing in one part of the world, but not in the other. That creates a smorgasbord of potential protection,” he tells Climate Home in an interview.

“For the industry, 30% of steel is tradeable on open water, it crosses from one continent to the other continent at some stage. An international trading market like ours should be free and fair.”

Steel, the backbone of the modern economy, produces carbon dioxide as it is smelted from iron ore in a blast furnace. The iron and steel sector contributes about 7% to global greenhouse gas emissions, according to the International Energy Agency.

CO2 belched from steel mills are covered under the EU’s emissions trading scheme, although the industry lobby has won free allowances to delay the regulations. It argues it needs time to prepare for ‘carbon leakage’, or businesses moving elsewhere.

The number of countries pricing emissions has more than doubled to 40, the World Bank says, covering 12% of global emissions.

That is growing. More than half of over 180 national pledges submitted to the UN ahead of the 2015 global warming deal have stated their plans to use international carbon markets, or already have them in place. And China will impose carbon curbs on its sector when its market launches in 2017.

As Basson puts it: “that horse has pretty much bolted.”

Policymakers should be wary to enfeeble an industry that will build the bridges, planes and wind turbines of the future, he cautioned. Annual use is seen growing from 1.6 billion to 2.4-3 billion tonnes within 50 years as the developing world expands.

For an industry struggling to compete, that is “not a tenable situation”.

“In my view it’s going to be a messy situation. Actually as an industry we want to say if you want to do something please do it in a uniform way.”

Report: Battle over carbon freebies ahead of EU policy launch

But an analyst at environmental NGO Sandbag said the European industry’s resistance to reform of climate regulations had made it vulnerable to a low-carbon transition.

“The focus is very much on competition with China, with steel dumping causing trouble. I think they are missing the focus that we could be building a new carbon-neutral steel industry in Europe,” Phil MacDonald says.

It comes as the UK steel industry is in crisis with several plants closing in northern England due to foreign competition.

Plants at Redcar are to shut after over 100 years of production. In Wales, Tata Steel is cutting 750 jobs at Port Talbot steelworks; 900 are to go in Scunthorpe.

Basson admits climate regulation had little effect on the decision, but it bodes ill for the future. 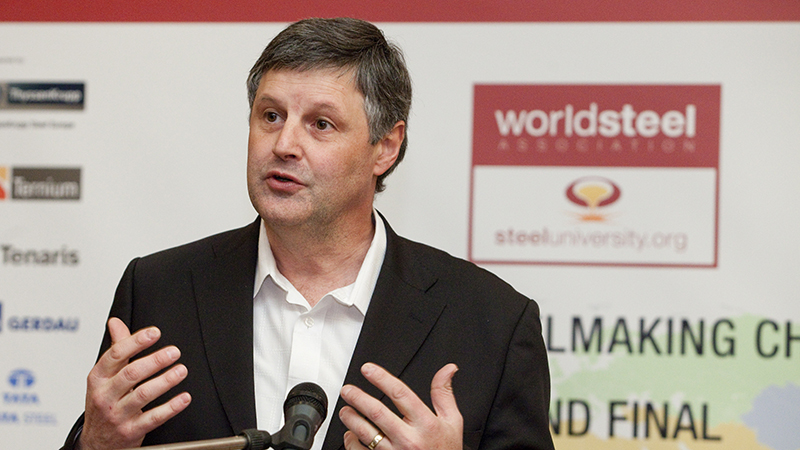 Still, a goal to phase out man-made emissions in the second-half of this century implies carbon-intensive sectors like steel and cement will require carbon capture and storage (CCS) to survive.

The UK with its mature oil wells below the North Sea, or hydrocarbon-rich Persian Gulf states were candidates, but it’s “not the most logical solution for a steelmaker in the middle of desert of African country far away from storage space,” Basson says.

That’s why World Steel, a Brussels-based group representing steelmakers churning out 85% of global production, are arguing it should get some reprieve.

Steel should be seen in light of the emissions avoided by its properties over a “life cycle”, it argues. Steel-clad trucks can carry more freight, polluting less CO2. While boilers at power plants can burn at higher temperatures, working more efficiently.

The industry is recycling scrap steel and researching more sustainable materials to limit its carbon footprint. Technologies like electric arc furnaces can reduce emissions from the industrial process.

But ultimately it had no option than to be “reactive” to policy changes on carbon pricing, Basson says.

MacDonald at Sandbag disagrees: “They should have spent money on radical technological changes or CCS, rather than being paid [allowances] to keep them in stasis.”

“Moving from a position of blocking climate policies to embracing environmental policies could future-proof them.”