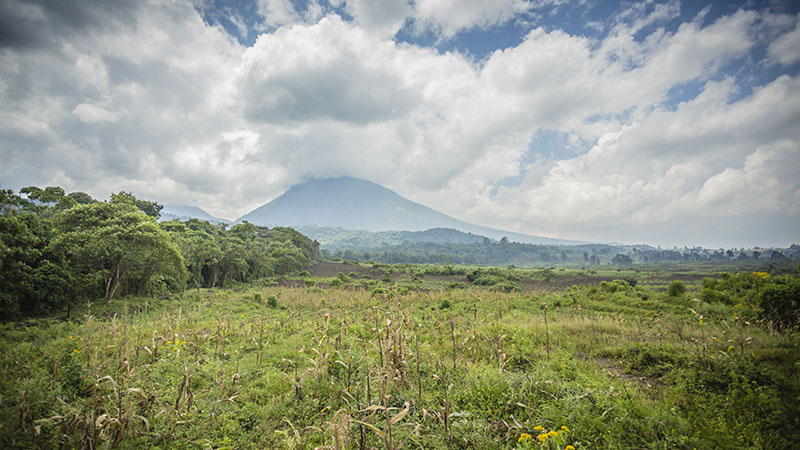 Major donors are working with African governments to cordon off vast tracts of forest like it’s 1872.

Germany, Norway and bodies like the World Bank are using a model dating back to the creation of the US’ Yellowstone National Park in the Democratic Republic of the Congo and Liberia.

That might work for uninhabited wilderness, an NGO that campaigns for land rights told Climate Home, but not for these populous tropical forests.

Andy White at the Washington DC-based Rights and Resources Initiative (RRI) warned that hundreds of thousands of people could be resettled and lose their livelihoods under the proposals.

In a series of reports published on Wednesday, the organisation raised concerns about these states’ main contribution to tackling climate change.

DR Congo is a custodian of the world’s second largest rainforest, which stores an estimated 39 billion tonnes of carbon. Logging threatens that valuable carbon sink.

Report: DRC climate plan ‘leaves laggards with no excuse’
Analysis: A ten-year battle to root forests in a climate pact is won

A project funded by Germany and the Global Environment Facility aims to set aside up to 17% of the DRC as parks (up from 12%) by 2020. Norway is bankrolling Liberia’s bid to halt resource extraction in 30% of its forests within the same period.

“The protected park started with Yellowstone, and it’s being packed off to the DRC,” White told Climate Home at an interview in London. From the 1870s, Native Americans were effectively excluded from the Wyoming park, leaving it an empty wilderness.

“There’s this notion that the woods are empty, all we have to do is put a little fence around it, a mark on the map, and every once in a while send a couple of guards out there and it will be fine. The reality is… there are hundreds of thousands of people out there.”

In Liberia, some 133,000 may live in the reserves, according to International Union for the Conservation of Nature data. In the DRC, RRI estimates a million people could be directly affected, out of 4 million that inhabit the designated zones. 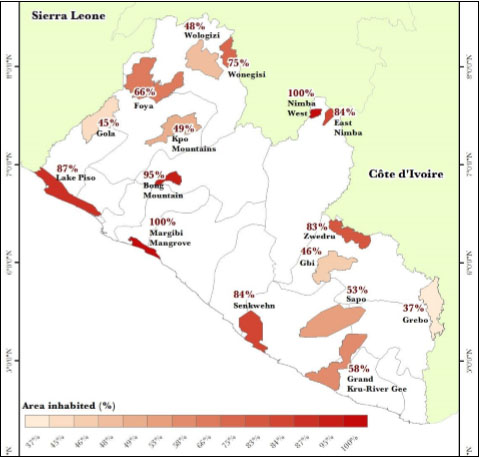 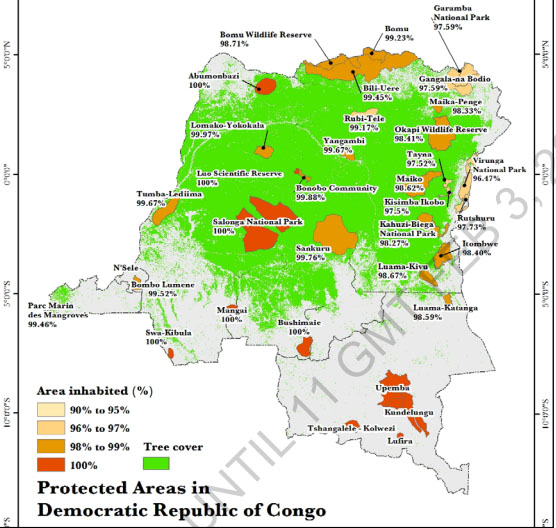 The project backers have promised to minimise the number of people moved from their homes, but anticipate some level of displacement.

RRI and analytics firm TMP Systems warned the budget was not big enough to offer fair compensation to everyone who was likely to be resettled.

In Liberia, they calculate the cost could come to 4-6 times Norway’s US$150 million budget. That is based on the level of pay-outs by steelmaker Arcelor-Mittal for a mining project. Maintenance costs would run to $35-106 million between 2020 and 2050.

In the DRC, donors have spent over $200 million to maintain existing parks. RRI questioned whether there was enough cash to expand the programme.

Instead, the NGO proposes governments should grant land rights to communities, allow them to continue low-impact farming and encourage tree-planting.

Worldwide, governments formally recognise community rights across 388 million hectares of forest, an area five times the size of Chile. That’s up from 300ha in 2002, but just one fifth of the land they occupy.

“Efforts to mitigate risk and meet deforestation commitments can only succeed if customary land rights are taken into account,” said White.

Insecure land tenure feeds conflict and has a ripple effect on commodity exports, the report argues. This is leading investors to increasingly look at ways to reduce exposure and press governments for change.

“Our research shows that financial damage to the bottom line can range from massively higher operating costs, to outright abandonment of an existing operation,” said Lou Munden at TMP Systems, which compiles satellite imagery.

“And these risks are significant enough to change the calculus of investing in emerging markets. And they suggest investors are confronting a substantial problem.”

A spokesman for the Norwegian government said: “The modalities for how Liberia’s protected area network will be developed over time are still under consideration. It will need to be adapted to local circumstances. The assumptions made in the report on how it will be implemented does not reflect ongoing discussions.”

The German government had not responded to a request for comment at time of publication.