2011 disaster survivors urge UK to ditch atomic plans:  “Don’t consider Fukushima as something that could never never happen to you. It could.” 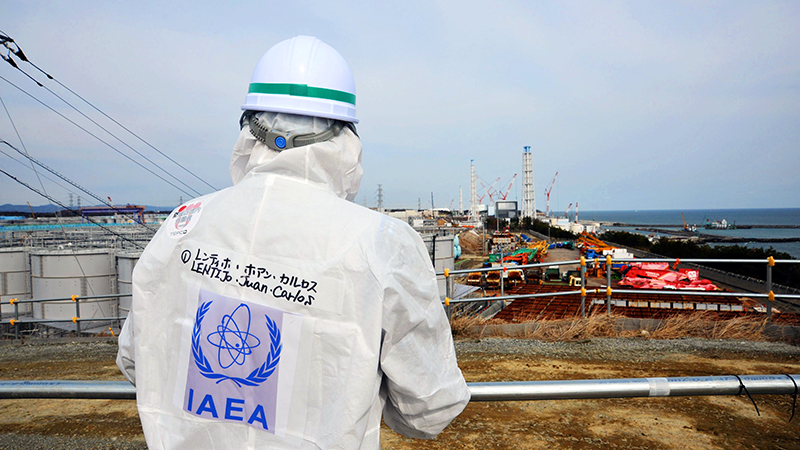 A member of the International Atomic Energy Agency surveys the Fukushima Daiichi nuclear power station on a 2015 visit to discuss decommissioning plans with the Japanese government (Credit: Susanna Loof / IAEA)

As aides escorted him past swaying chandeliers to a panic room, the mind of Japan’s prime minister flashed to his country’s seaside nuclear power stations.

The next day 250km north-east of the capital, three reactors at the Fukushima Daiichi plant went into meltdown as cooling systems failed.

Large explosions shot radioactive materials into the atmosphere following a barrage by 20-metre waves. Over 100,000 residents were evacuated.

Under worst case scenarios, the fallout could affect 50 million citizens – and envelop the capital – specialists informed the leader.

“Only a great world war would have had the same impact,” Kan, now an opposition lawmaker, told an anti-nuclear event in the UK Parliament on Thursday.

“My thoughts on nuclear power changed 180 degrees. The country would go down in ruin,” said Kan, a youthful man despite his 69 years.

Six months later he had resigned, public support for atomic energy bombed, and Japan resorted to ramping up fossil fuel imports as its 54 reactors were shut down.

It was an impassioned first hand account of the dangers of nuclear from a man who presided over the country’s worst national event since the bombing of Nagasaki in 1945.

His speech as part of a panel on Thursday was timely. March 13 will mark the fifth anniversary of the accident, which some scientists say is the most catastrophic nuclear disaster in history.

Only Chernobyl – which will mark 30 years on April 26 – shares the maximum level-7 rating on a sliding scale. Mikhail Gorbachev – Russia’s leader at the time of the disaster  – was also due to give his account, but cancelled due to health concerns.

The event was a bid to instruct UK energy policy as it plans to builds its first nuclear station for a generation. Nuclear is touted as a lower carbon source of reliable baseload power.

Interest in the implications of a renewed nuclear power programme here is high. Forty MPs were registered to attend the event, said organisers.

The economics might still defeat the case for the £18bn ($26bn) Hinkley Point C reactor in Somerset, but do not underestimate the risks, the panel which included a Japanese policy researcher, a manager of a Fukushima evacuees centre and a UK academic, said.

Rates of thyroid cancer in young people are beginning to climb in Fukushima, just as they were found to in Chernobyl, the panel said. How to tackle nuclear waste is unresolved, and the benefits in tackling global warming are lower than stated.

“Don’t consider Fukushima as something that could never never happen to you. It could,” said Yoshiko Aoki, who runs a centre for evacuees 10km from the site. 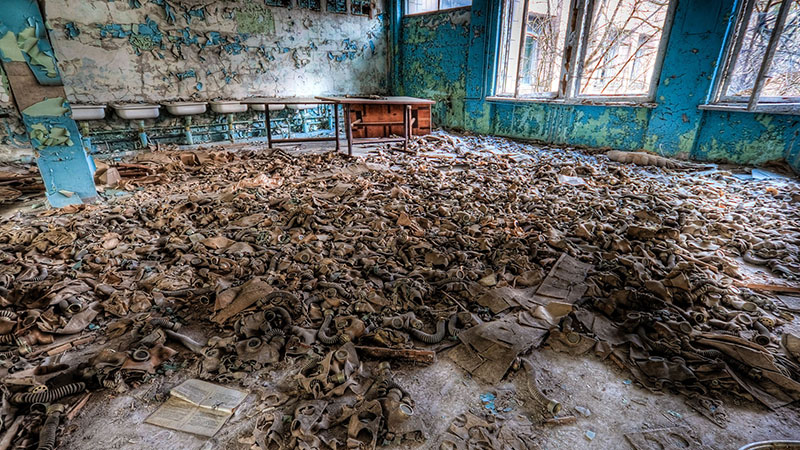 Britain’s seven nuclear power stations supply 19% of its electricity, according to the Nuclear Industry Association. The government is mulling eight potential sites for new plants, the BBC reports.

A 2013 World Health Organisation report said there was a 4% higher chance of solid cancers for females exposed as infants in Fukushima. There had been no observed risk to the the general Japanese population and abroad, and predicted effects were “low”.

Still, nuclear is a flawed response to tackle climate change said Paul Dorfman, a professor at UCL’s Energy Institute and founder of the Nuclear Consulting Group.

“Nuclear is based on the coast or inland by water for cooling purposes. The first places that will be affected [by climate change] according to the Institute of Mechanical Engineers will be coastal regions,” he told Climate Home.

And a long planning process meant they wouldn’t come online early enough to significantly cut emissions, added Dorfman, who argued official assessments of the radiation threats from Hinkley, ran by French utility EDF had been downplayed.

Safety over new reactors cannot be guaranteed he said, and the UK government was only insured up to $134 million in the event of an accident, whereas the Fukushima clean-up operation may cost $100-200 billion.

Away from the UK, China plans to build 40 plants. Other emerging nations like South Africa and India are also looking to harness the power of the atom.

The newly-inked Paris agreement’s exacting carbon reduction targets would appear to give a fillip to this energy source, with greenhouse gases needing to fall to zero by 2100.

But former PM Kan was unequivocal. Renewable power from solar and wind was the best solution to tackle carbon emissions.

Japan whose emissions spiked as it imported natural gas and coal to fill its nuclear hole, could deploy enough solar photovoltaic cells to replace its atomic fleet within 5-10 years, he claimed.

Tetsunari Iida of the Institute for Sustainable Energy Policies beamed of 200 communities installing solar panels in a new bottom-up “energy democracy”. But Japan, like any other, is not immune to political realities.

The Abe government, which has turned 2 reactors back on, intends for nuclear to supply 20-22% of electricity in 2030. Solar is forecast to account for just 7%, though analysts at Bloomberg New Energy Finance predict it slightly higher at 12%, still a fraction.

But scarred by the prospect of a catastrophic nuclear accident, any alternative is better, the panel said.

As the government declares certain zones safe, and evacuees return to rebuild after five years of a life displaced, Aoki of the evacuees centre warned.

“You don’t want to be apologising to your own children or grandchildren for making a big mistake… Please learn from Fukushima,” she said.