Baba Brinkman, who performed a musical interpretation of Pope Francis’ encyclical at the Paris summit, is trying to raise US$10,000 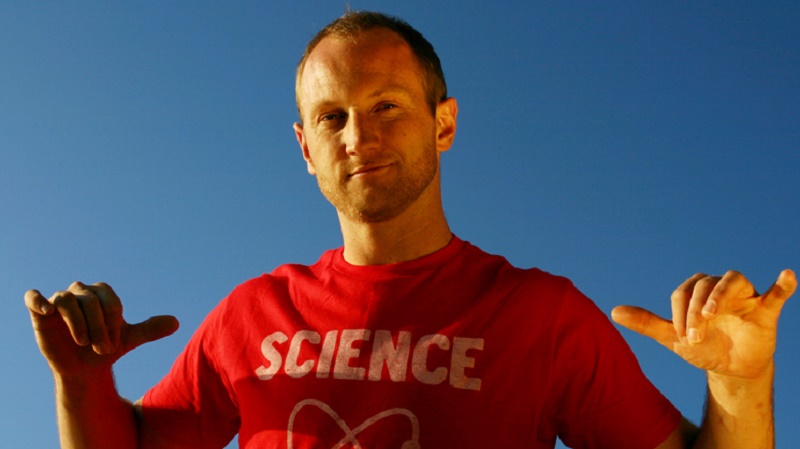 A Canadian rapper is crowdfunding a “scientifically peer-reviewed” album about climate change.

Baba Brinkman, whose previous work includes rap guides to religion, meditation and evolution, is aiming to drum up US$10,000 through Indiegogo. After four days, he was 25% of the way there.

Brinkman premiered his global warming oeuvre at the Edinburgh fringe festival in August and starts a run at New York’s Soho Playhouse in February.

At December’s UN climate summit in Paris, he performed Laudato Si to a small but enthusiastic audience, who followed the actions.

Donors can get signed copies of the completed album, free tickets to the show, T-shirts and drinks with the artist.

If he exceeds his funding target, Brinkman plans to up the PR, make a music video and get vinyl versions of the album pressed.