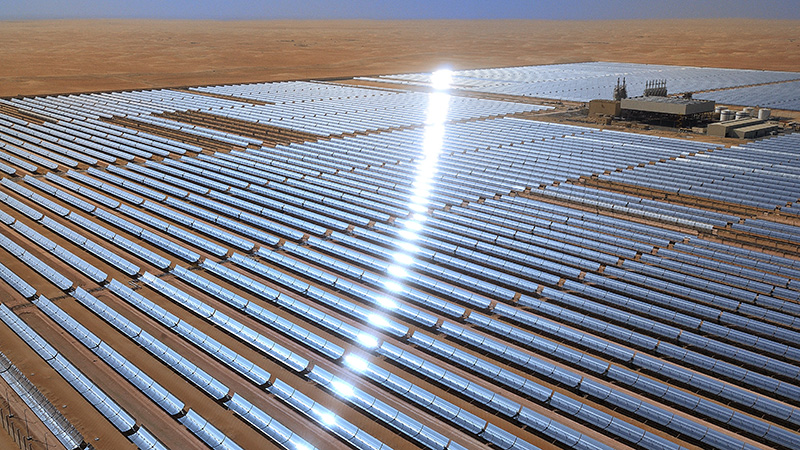 The rock-bottom price of oil dramatically reduces investor appetite for lower-carbon alternatives, the head of one of the world’s largest oil companies said on Thursday.

“I am a big investor in solar and I was advocating that there are 20 countries in the world where we can make solar profitable,” he said. “It is not true today. At 30 dollars per barrel there is not a single one.”

The comments clash with high growth rates achieved by the renewable sector last year, in spite of a more than 70% collapse in crude prices since April 2014. Investment in wind, solar and other clean energy systems rose 4% to $329 billion.

In most parts of the world, oil is not used for power generation and doesn’t directly compete with renewables, which are also getting cheaper.

But Pouyanne argued cheaper fossil fuel prices offer less incentive for countries to change how they produce energy. “The answer is obvious. It’s very detrimental for any policy,” he said.

Christiana Figueres, the UN chief climate diplomat, retorted that low prices had stopped high-cost oil ventures like drilling in the Arctic or deepwater. “It’s working on both sides,” she said.

Total sees solar’s share of world power generation rising from 13% to 20% by 2035. It plans to become a “global leader in solar power”, according to its website. 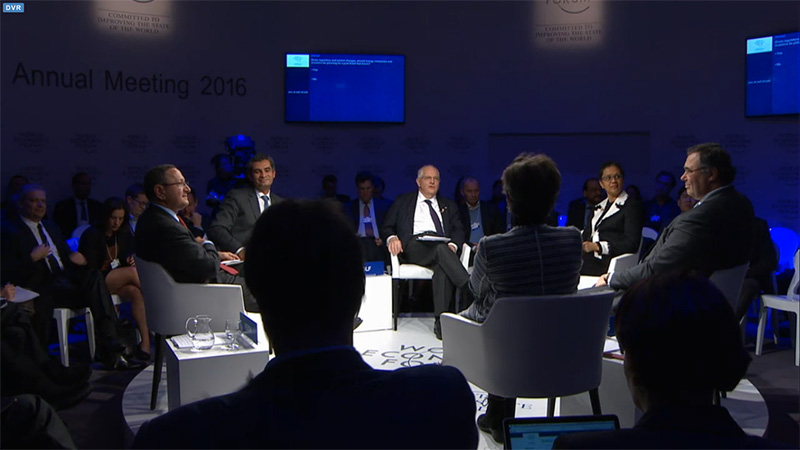 Patrick Pouyanne (far-right) at a panel on whether energy companies should be planning for a fossil fuel-free future (screengrab: World Economic Forum)