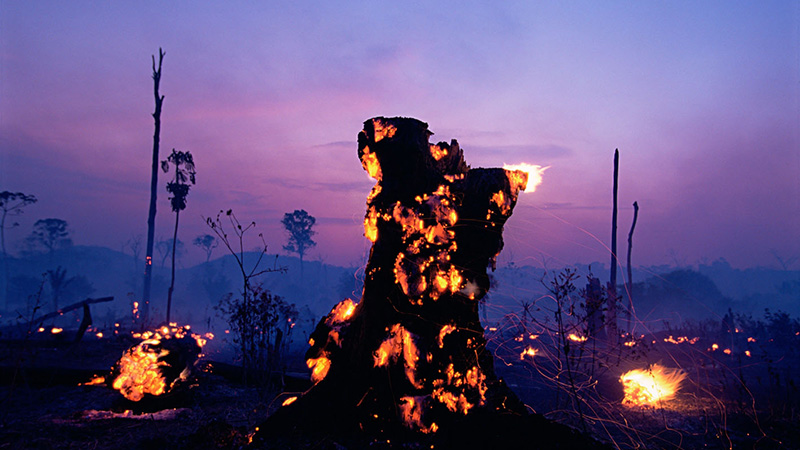 Almost a quarter of a million forest fires were detected in Brazil last year – and the main cause of a huge increase is being attributed to climate change that brought about a year-long drought in much of the country.

Dr Alberto Setzer, co-ordinator of the Nucleus for Forest Fires at INPE − Brazil’s national space research institute, which monitors deforestation − says: “This (2015) was a year with less rain, and hotter than the historic average, especially in central Brazil, in the south of the Amazon region and in parts of the Northeast. Some regions registered temperatures 4°C above the average.”

These conditions favour the spread of fires, but Dr Setzer emphasises that it was not spontaneous combustion that caused the fires. “It was human activity, whether carelessness or deliberate,” he says.

The increase in forest fires contributed to the general 16% increase in deforestation registered in 2015. And these figures present a stark contrast to Brazil’s commitment at the COP21 climate change conference in Paris last month to reduce carbon emissions by 43% by 2030.

To achieve this, the government promised it would ensure zero illegal deforestation. Yet a lot of deforestation is technically legal, thanks to changes to the country’s Forest Code.

Also in jarring contrast to the government’s Paris commitment are two bills now under debate in congress, which, if made law, will greatly increase “legal” deforestation.

One will overturn the ban on infrastructure projects inside indigenous territories, with a payoff to the communities of 2% of the value of the project.

The other will streamline the environmental licensing system for major infrastructure projects, such as roads and dams.

The existing system demands detailed environmental, anthropological and archaeological studies and public hearings before a project is given the go-ahead. Not only will this system be scrapped, it will be replaced with self-licensing by the very companies that plan to build the projects.

Studies show that most deforestation takes place around these big projects, because they open up access to previously inaccessible areas. They also show that indigenous reserves in the Amazon region tend to be far better preserved than surrounding areas.

If congress approves both these bills, and the president sanctions them, they will actively stimulate deforestation.

Last year’s fires occurred all over Brazil, but most of them were in the greater Amazon region, where three of the largest states, Pará, Mato Grosso and Maranhão, accounted for over 100,000 fires.

In Manaus, the capital of Amazonas state, a dense pall of smoke from forest fires covered the city for most of the month of October, causing a big rise in respiratory problems among the population. Record temperatures of almost 40°C were also registered in October, the highest since records began 90 years ago.

Contributing factors, Setzer believes, are the rise in meat prices, which has encouraged cattle farmers to open up new pastures in forested areas, and the reduction in monitoring − the result of cuts to government budgets caused by Brazil’s recession.

Of the fires, 8,000 occurred in the central region, where the states of Maranhão, Tocantins, Piauí and Bahia share borders. This area, which encroaches on the cerrado, a vast tropical savanna ecoregion that is one of Brazil’s most threatened biomes, has become a fast-developing new agricultural powerhouse, producing soy, maize and cotton.

“We only get indignant when the fires are in the Amazon, but they are advancing on the cerrado, causing extensive environmental damage,” Setzer says.

In one of the few remaining pre-Amazon forest areas in Maranhão, the Arariboia reserve, the fire raged for two months, destroying much of the habitat of groups of uncontacted Awá indigenous people.

The monster fire, believed to have been deliberately ignited by illegal loggers, destroyed an immense area the size of 260,000 football pitches. The lack of firefighters contributed to the unchecked spread of the blaze.

Meanwhile, weather forecasters say 2016 will be as dry as last year, under the continuing influence of El Niño. If the forecasters are correct, and the proposed government bills are passed, then 2016 will be a year of “burn, Brazil, burn”.