No hiding for polluters as carbon-tracking satellite numbers rise 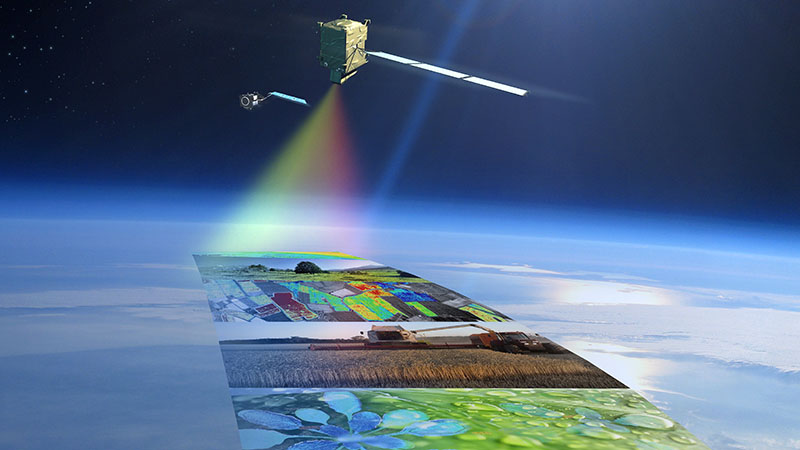 The world’s top greenhouse gas polluters are being watched from space, where there’s no hiding the fumes pumped into the atmosphere.

Over the past two decades, a network of increasingly sophisticated satellites run by US, Russian, Japanese and European operators have been propelled into orbit, collecting data on a variety of emissions, including carbon dioxide, nitrogen and methane.

In May, China plans to launch its first carbon monitoring module, the result of four years of research by scientists at the Changchun Institute of Optics and Fine Mechanics and Physics.

The investments reflect a growing desire for more data on the causes and impacts of climate change, Johann-Dietrich Wörner, director general of the European Space Agency, tells Climate Home.

“What is needed in the future is data fusion – using data from space, in situ and airborne systems,” he says.

“If we put them together we get a full picture of the whole world, and we can get a picture of CO2 from natural and industrial sources.”

Global average concentrations of CO2 passed the 400 parts per million mark in 2015, a sharp rise from 100ppm in the pre industrial era.

“If you have enough satellites you can easily identify hotspots and the development of these hotspots,” Wörner says.

High concentrations of CO2 from rainforests in Brazil, the Congo and Indonesia are also evident from satellite imagery, a concern given the role those regions play as carbon sinks.

So too are images of calving glaciers in Antarctica,and shrinking sea ice in the Arctic, signs say climate scientists of a changing climate.

But while the pictures and data seem clear, Wörner says there’s a need for greater cooperation among the space superpowers to collect and share their findings.

The reason is simple: trust. Satellites offer a level of transparency that’s painful to many governments.

According to one source in a space agency, China asked the EU and US to stop all satellite flights over Beijing during the 2008 Olympics, worried that they would reveal high levels of pollution.

“This cannot be the job of just one country or organisation, because it will not be accepted by others,” says Wörner.

“What is important is we have a global network of data so we have a common understanding.

“Of course an EU satellite can cover the world but acceptance will be raised if we have satellites from different countries.”

NASA leads on Earth Science satellite numbers with around a dozen hurtling around the planet.

Their findings are clear – and worrying – admits Wörner. Arctic ice is freezing at winter but its extent has gradually reduced year on year. Rainforest are getting smaller and smaller.

The data is slowly filtering into UN efforts to reduce emissions.

In Paris last December, 195 governments agreed to an ongoing series of five-yearly reviews of progress in slashing emissions and greening their economies.

Establishing a set of common reporting metrics is deemed vital, otherwise some may be tempted to fiddle the books and make overly-ambitious carbon cutting claims.

China is a case in point. Its emission estimates are based on how much coal, gas or oil is produced and burnt, added to ‘proxy data’ for agriculture and waste.

Experts frequently question the numbers, and a recent admission that coal had been under-reported by 17% adds credence to fears the data is dodgy.

Satellites don’t hold all the answer – and they won’t slow emissions – but they may help clear up the picture of who is polluting where, says Wörner.

“Politicians look to the data seriously and say – is this reliable? The best way is to have global data coordination.”