Heatwaves and droughts in a hotter planet to cripple power stations within decades without adaptation measures, researchers warn 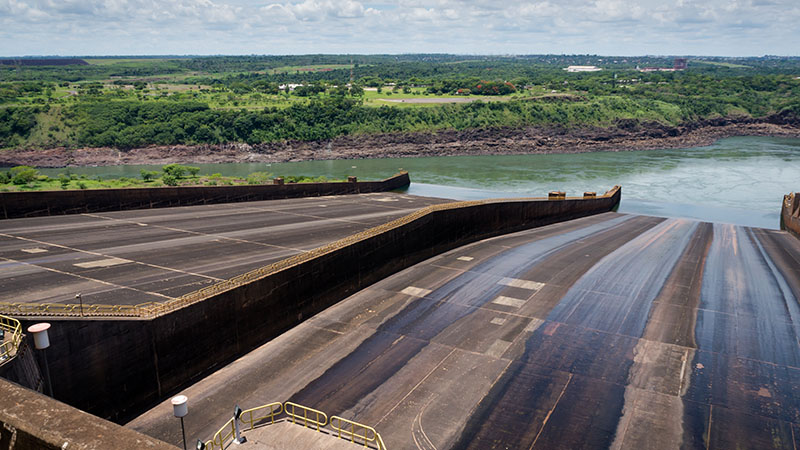 The gigantic Itaipu Dam on the Brazil-Paraguay border. South America produces 63% of its electricity from hydropower (Flickr/ Deni Williams)

Thousands of power plants around the world may face severe reductions in their ability to generate electricity by mid-century due to water shortages, according to new research.

Hydro- and thermo-electric (nuclear, fossil-fuelled, biomass-fuelled) power plants are vulnerable to dwindling rivers and reservoirs as the planet warms, a study published in Nature on Monday said.

These technologies, which provide 98% of global electricity supply, depend on abundant water to cool generators and pump power at dams.

Lower river levels and warmer water temperatures could reduce generating capacity by as much as 86% in thermo-electric- and 74% in hydro plants, according to researchers at Wageningen University and the International Institute for Applied Systems Analysis.

It comes as water demand for power generation is set to double within the next 40 years, the report said. Drought-stricken hydro producers have reverted to dirtier energy sources in the past to shore up tottering grids. 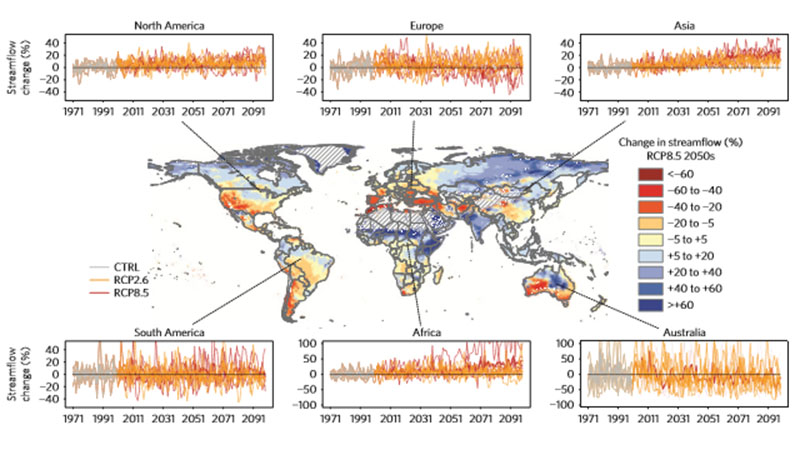 South America, south Europe and the Middle East are forecast to see the greatest reductions in water stocks if carbon emissions rise without action. Researchers analysed over 1,400 thermo-electric and 24,500 hydro plants in the study.

Global warming is set to boost river levels in Canada, India and central Africa as global weather patterns shift. Yet most hydroplants are in regions forecast to see shortages, like South America, which generates almost two-thirds of its electricity from hydro.

If those plants became 10% more efficient in producing electricity that could offset the constraints, the study said.

Non-hydro renewable sources are growing, but are unlikely to be the dominant sources of power generation over the course of the century, the study said.

Planners were urged to take heed of future constraints as they build new plants, which remain in operation for several decades.

“Considering the increase in impacts of water constraints on power generation and the long design lifetime of power plant infrastructure (∼30–60 years for thermoelectric power and 80 years for hydro power), adaptation options should be included in today’s planning to fulfil the growing electricity demands in the next decades.”