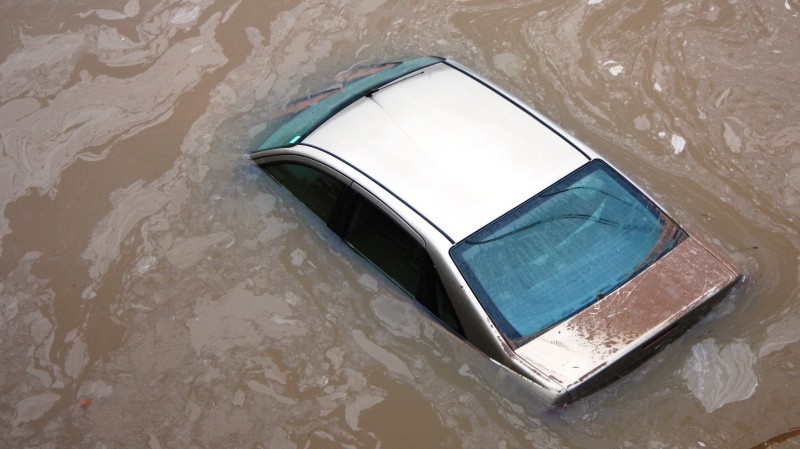 Record breaking temperatures, flooding and bare ski slopes have propelled climate change back into the headlines, weeks after a UN pact was agreed in Paris to tackle global warming.

The combination of the hottest December on record, natural climate variability and the warming of the tropical Pacific Oceans – known as El Nino – has sparked a string of curious weather events this month.

“If you add the background global warming to natural weather phenomena, there’s a tendency to break records left and right,” Herve Le Treut, a climate scientist and director of the Pierre-Simon Laplace Institute told AFP.

“This naturally occurring El Nino and human-induced climate change may interact and modify each other in ways which we have never before experienced,” said Michel Jarraud, head of the World Meteorological Organisation.

An estimated 150,000 have been evacuated in Paraguay, Argentina, Brazil and Uruguay after some of the worst flooding in 50 years.

Severe flooding in the north of England left some major cities submerged, with the army drafted in to help repair breached defences.

“We do seem to face more of these extreme weather events and problems of floods,” UK prime minister David Cameron told the BBC.

According to consultants at KPMG the damage from flooding in Yorkshire, Cumbria and Lancashire in the past month could hit £5 billion.

Weather events were moving from “known extremes” to “unknown extremes” he added. According to the Met Office seven of the UK’s 10 wettest years have occurred since 1998.

Off skiing next year? A snowy first week of 2016 in Alps, the beginning of the end of the #SnowDrought. Chris F pic.twitter.com/l93xnAPedS

Meanwhile parts of the Alps have experienced their worst snow falls on record, with low-altitude slopes in Austria, France, Switzerland and Germany most affected.

The mayor of a region covering the exclusive resorts of Courchevel, Méribel, and Val Thorens has asked locals to leave what snow there is to tourists.

“We have lots of customers who come from far away and we want to make their satisfaction a priority,” said André Plaisance, the mayor of Saint-Martin-de-Belleville.

The Met Office has predicted 2016 will be the hottest year on record, due in part to El Nino but also to rising levels of greenhouse gas emissions trapping heat from the sun.

“This forecast suggests that by the end of 2016 we will have seen three record, or near-record, years in a row for global temperatures,” said professor Adam Scaife, head of long range prediction at the Met Office.

Global average temperatures have already passed 1C above pre industrial levels, say scientists, and are on course to pass 1.5C in the next 20-30 years.

Over 190 governments agreed to try and limit warming to this level at the recent Paris talks, although current policies indicate warming of up to 3C by 2100 is more likely.