Did the Paris deal rule out climate compensation? 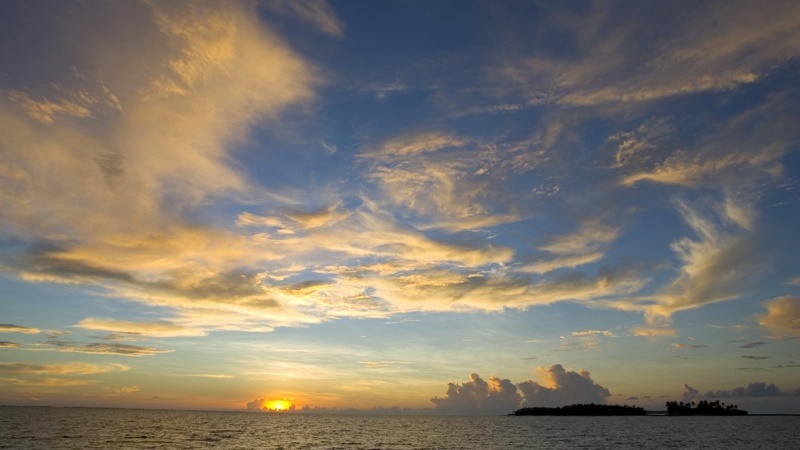 If climbing sea levels submerge the coral atolls of the Marshall Islands, will its tens of thousands of displaced islanders be able to sue?

Under the terms of a newly-minted global warming accord, that just became harder.

Wealthy countries embedded the concept of ‘loss and damage’ – from extreme weather such as hurricanes or slow-onset events like melting glaciers – for the first time in a UN deal.

Green groups and aid agencies welcomed the result. But it came with a caveat: impacts from an overheating planet can’t “provide a basis for liability or compensation”.

That protects big carbon polluters like the United States and Europe from footing a bill that could run into hundreds of billions of dollars.

Does it mean vulnerable countries just waived their rights to future pay-outs?

The clause is in a section of the Paris deal that isn’t binding, rather than the 12-page Agreement, which has legal force.

“That is definitely different and much better outcome than it might have been. Although some ambiguity remains,” Crosland said.

Loss and damage edged into talks in Warsaw in 2013, with a mechanism set up to explore how at-risk countries could receive aid in the event of natural disasters induced by climate change.

It is grounded in the no-harm principle. If you crash into somebody’s car, you are liable to pay them compensation. So if you pollute and it increases the risk of crop failure for an African farmer, you equally can’t pass the buck.

But in international climate politics, responsibility is far murkier.

Proposals this year in Paris tabled by the G77 bloc of developing countries focused on a facility to manage migration prompted by climate change. Insurance for vulnerable populations and beefed-up disaster response also emerged as acceptable compromise measures.

Then in the last days of this month’s summit, the US successfully sought to rule out prospects of climate litigation altogether.

Harjeet Singh, a campaigner at Action Aid called the move “outrageous”. Lured by a support for a stricter 1.5C temperature goal, developing countries “caved in” on the compensation front, he said.

“It pretty much closes the door to any future confrontation. Nobody was planning to file a lawsuit against a country,” he insisted.

It also arguably reduces the disincentive to cut carbon emissions, by exempting polluters from the repercussions.

The evidence of harm is mounting. Based on national climate pledges, the planet is on track to warm about 2.7C this century – a level scientists say brings catastrophic consequences.

The number of natural disasters has jumped in the last half century, rising nearly eightfold from a yearly average of 56 during the 1960s to 449 per year the first decade of this century. Models show storms are set to become more severe, rainfall more volatile and sea levels higher as ice caps melt.

Still, that comes up against hard political realities. Without assurances, a deal wouldn’t have been “defensible” to American voters, said Nigel Purvis, president of Washington-based consultancy Climate Advisers and insider in the Clinton and Bush administrations.

“There is no way they would have agreed to any provisions on loss and damage that would in their mind have created any risk of liability for the United States,” he said.

On the other hand, it could be argued that by referring to liability and compensation at all, high-emitting countries are tacitly accepting responsibility. That’s the case made by Christoph Schwarte, executive director of UK-based Legal Response Initiative.

“What they are implicitly saying is that if we don’t deal with this, developing countries might have justified claims in the future,” he told Climate Home.

Atoll nations menaced by sea-level rise and desertifying sub-Saharan countries could seize on that admission as they take their pleas beyond the UN climate convention to the International Court of Justice.

With a new agreement creating more uncertainty, it’s a good time to seek advice from The Hague, as the Pacific island of Palau did in 2012, he said.

The next round of annual talks in Morocco in 2016 will revolve around loss and damage, with more talk on displacement, according to Bangadeshi expert Saleemul Huq.

Some climate court cases are already in the works. Greenpeace is sponsoring a suit on behalf of small islands against oil majors like Shell and Exxon, through the Philippines Human Rights Commission.

Yet state versus states clashes are decades away. Severe cyclones and king tides have destroyed infrastructure and crops, but countries remain habitable for now. Nor do recipients of vital foreign aid wish to cut ties with donor countries, Crosland said.

“The point that developing countries will take legal action is when – as the expression goes – the shit hits the fan and they are eventually about to disappear,” LRI’s Schwarte said.

“Now it’s only a few hundred people, but when a few million have to be resettled, that’s when they eventually take it to an international forum and the gloves come off.”