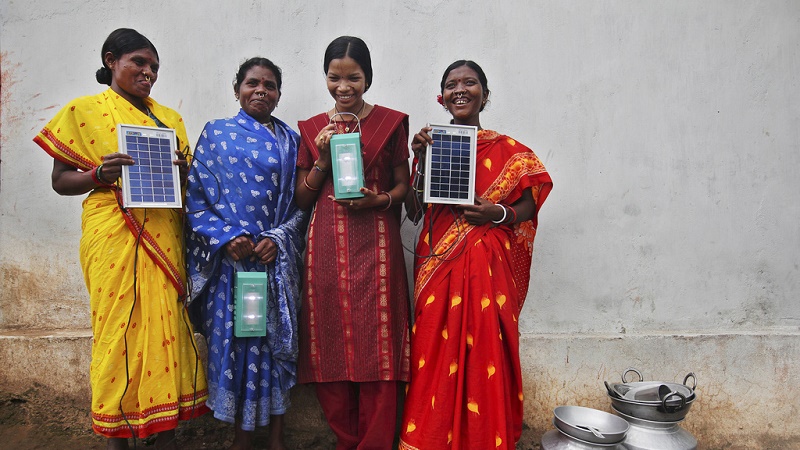 By Athena Ballesteros in Paris

One of the aims of the Paris Agreement is to make all financial flows consistent with a pathway towards low emissions and climate-resilient development.

Coupled with the goal of keeping the world to well below 2 C degrees of warming (ideally 1.5 C degrees), this sends a strong signal that all finance – both public and private – needs to shift to respond the urgency of the climate challenge.

The Agreement is clear that developed countries must continue to support mitigation and adaptation efforts in developing countries. It also encourages other countries to provide support, which opens the door for expanding who contributes climate finance and recognizes that some developing countries are already doing so.

An important outstanding question is the extent to which climate finance will increase after 2020. The current commitment by developed countries is to mobilize $100 billion a year in climate finance by 2020, and this still stands. In the Agreement, they agree to continue this commitment through 2025. Prior to 2025, governments will adopt a new, higher, collective goal.

But it is not clear when this will be agreed and who will be responsible for meeting it. The current language is ambiguous on how much climate finance will increase between 2020 and 2025. This issue is crucial for developing countries because they need to know that climate finance will continue to grow in a predictable way so that they can make long-term, transformational plans.

Related to the question the predictability of financial flows is how finance ties into the global stocktake. There are cycles for reviewing and updating countries’ mitigation and adaptation efforts, but there is no cycle for finance. Nevertheless, finance provided and countries’ support needs will be considered as part of the stocktake; finance is an input but not an output of the stocktake.

Governments agreed to improve reporting on provision and receipt of finance. Developed countries committed to both forward and backward looking reporting every two years on the finance they will provide, and developing countries agreed to report on the finance they have received as well as their future needs. There is little detail on what needs to be reported, but countries will initiate a process to develop rules next year.