Companies and trade associations hail endorsement of low-carbon transition, but insist it plays out in clear policy decisions 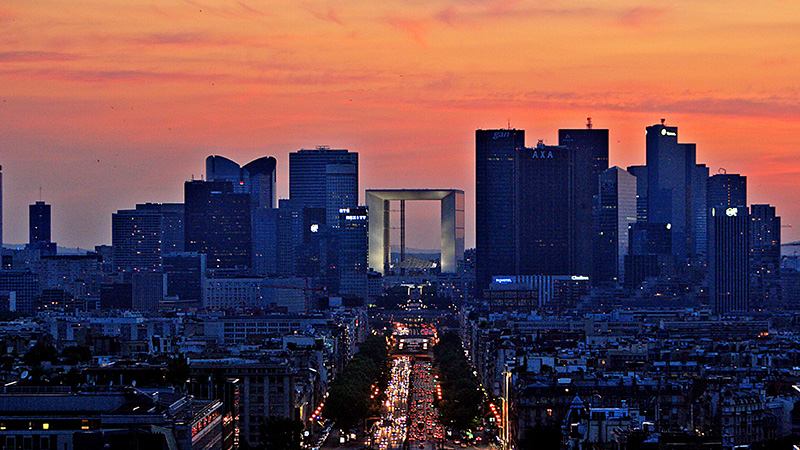 Businesses and industry groups have given their seal of approval for a new global warming accord hailed as signalling the end of the fossil fuel era.

Companies said they welcomed a clear signal from governments to shift investments from fossil fuels to lower-carbon sources of energy, but insist it is reflected in policy making. It is a “exciting opportunity for business,” said the CBI, while We Mean Business labelled it a “historic economic catalyst”.

Many now call for carbon pricing as a next step. Yet there are concerns about competitiveness in developed nations unless developing countries’ are held to similar scrutiny in cutting greenhouse gases.

Read the reaction quotes below.

“We welcome the historic agreement that has just been reached in Paris. The world has come together to forge a deal that finally reflects the aspiration, and the seriousness, to preserve our planet for future generations.

“First, it leaves no one behind – protecting the poorest people and the most vulnerable countries by calling on all of us to hold the increase in temperatures to well below 2 degrees C and to pursue efforts to limit the temperature increase to 1.5 degrees Celsius.

“Second, it sends the much needed signal to trigger the massive sums of public and private sector investments needed to drive economies toward a carbon neutral world as advised by science. While doing this, we will strive to ensure that there is the necessary finance to provide resilience for developing countries.

“Third, it changes development. We agree there is no development without tackling climate change. We cannot poison the planet and thrive.”

“The Paris deal heralds an exciting opportunity for business. We now have a climate deal agreed by the world’s leaders that puts us on a sustainable low-carbon path and which can provide the framework for business to invest with confidence.

“It will now be for governments to show how they plan to turn global ambition into national reality. Businesses will want to see domestic policies that demonstrate commitment to this goal and none more so than in the UK.”

“This is a remarkable diplomatic settlement and a historic economic catalyst. The world’s governments have sent a decisive signal to businesses and investors that will accelerate the shift towards a thriving, clean global economy. The Paris Agreement will turn the billions of investment we’ve seen so far into the trillions the world needs to bring clean energy and prosperity to all.

“The diplomatic process that included businesses, investors, cities, states, regions and civil society created a powerful alliance which has clearly raised the level of ambition in the negotiations.”

“The Paris Agreement is a historic turning point for investors. If adopted, 195 countries will together opt to signal their intention to decouple their prosperity and development from fossil fuel use – sending a very strong signal to business and investors that there is only one future direction of travel to reduce emissions in line with a 1.5 degree pathway.

“Investors across Europe will now have the confidence to do much more to address the risks arising from high carbon assets and to seek opportunities linked to the low carbon transition already transforming the world’s energy system and infrastructure. The more predictable framework this agreement heralds for climate finance should also help unlock significantly more investment for emerging economies and developing countries.”

“Today in Paris, we have reached an historic milestone as COP21 has delivered the first ever universal climate agreement. Countries have demonstrated true leadership by agreeing to a target of net zero emissions and a five-year review to strengthen climate ambition. The text also improves accountability and includes a welcome reference to the 1.5°C goal.

“Business leaders and investors now have a clear direction of travel, a global framework to speed up and scale up of their solutions. The Paris agreement will accelerate the shift to a new sustainable, equitable and decarbonised world. We thank everyone who’s contributed to this historic achievement, including visionary leaders from business and governments.”

“The world demanded climate action and the international community has responded. Today’s agreement demonstrates without question that it is possible for us to come together in common cause to address the greatest challenges we face, preventing tragedy for the many millions of people vulnerable to the effects of climate change and securing the economic prosperity of the world in the 21st century.

“The result is an unequivocal signal to the business and financial communities, one that will drive real change in the real economy.”

“Iberdrola welcomes the result of the Paris COP21. The agreement that has been reached is not an aim itself but an important milestone in the unstoppable process of joining wills and actions from the international community – governments, civil society and companies – in order to decarbonise the economy, thus contributing to avoid climate change negative effects.

“Efforts now must be focused on the implementation of the agreement and on an in-depth analysis of their significance and also on the instruments needed to mobilise the important resources and investments required to meet the ambitious goal of keeping global average temperature well below 2°C. Iberdrola, as it has been doing since its creation, will be strongly committed with the sustainability of our planet in all of its actions showing the decarbonisation of the economy may contribute to economic and employment growth.”

“I think COP21 has exceeded many expectations and it’s no exaggeration to say this is a turning point in history. The French have done a fine job in harnessing the momentum and ambition which has been so much more tangible in Paris than at previous conferences. Now there is more than just hope for the most vulnerable places on Earth like the Marshall Islands. And the switch to renewable energy across the world has a clear pathway now.”

“There is constructive ambiguity, or even woolly wording in some areas, but as COP21 President Laurent Fabius said this morning, this allows all countries the ability to take the deal home and declare success.

“Overall, the Paris Agreement should mutually reinforce actions at the national level as it sets up a process of review and continual improvement.  Perhaps the most important outcome from this global agreement is that it gives all countries confidence that they are working together towards the same goal.”

“The Paris deal is an important step forward for global efforts to reduce emissions, but we were hoping that other countries would increase their ambition to closer to that of the EU. It is important that all major economies make comparable efforts as soon as possible. We will be assessing the impact of today’s outcome on competitiveness of the European industry.”

“The financial sector cannot ignore the unmistakable signal coming out of these last weeks. The low-carbon transformation is underway, and Paris has confirmed this. We congratulate governments and the international community for making what we believe is an historic agreement.”

“IRENA welcomes the Paris Agreement as a watershed for the global energy transition. Renewable energy has made remarkable progress in the last decade. Combined with energy efficiency, it provides an immediate, viable and affordable solution to the challenge of climate change. But to meet the ambition set forth in the Agreement, accelerating the deployment of renewable energy deployment across all sectors must start now. In January 2016, we will welcome global energy leaders at the 6th Session of the IRENA Assembly to move the Paris Agreement to the next phase, setting the global renewable energy agenda and establishing a blueprint for action to meet climate goals and set the world on a path to a sustainable energy future.”

“We congratulate governments on a historic agreement, grounded in a new spirit of cooperation. With the endorsement of more than 190 governments and a strong foundation for markets going forward, businesses can begin planning for a vibrant new future. We look forward to keeping the momentum going from Paris as the agreement moves from promise to action.”

“This is a truly historic moment in our shared efforts to meet the climate challenge. Business has consistently called for a robust and ambitious deal at COP21 and governments have delivered just that. This agreement will give business and investors the long-term certainty needed to scale up innovation and investment in climate solutions. The path to a low-carbon economy is now firmly set: business is ready to make that a reality.

“Business engagement has been a defining theme of COP21 and the talks have seen a unprecedented mobilization of business leaders from around the world. We call on governments to capitalize on this momentum by working constructively with the private sector in the months ahead to achieve the Paris outcomes.”