Sleepless but seductive: The life of a climate diplomat

They are the experts shaping a new UN deal. As COP21 starts, how do negotiators ride out the two-week roller-coaster? 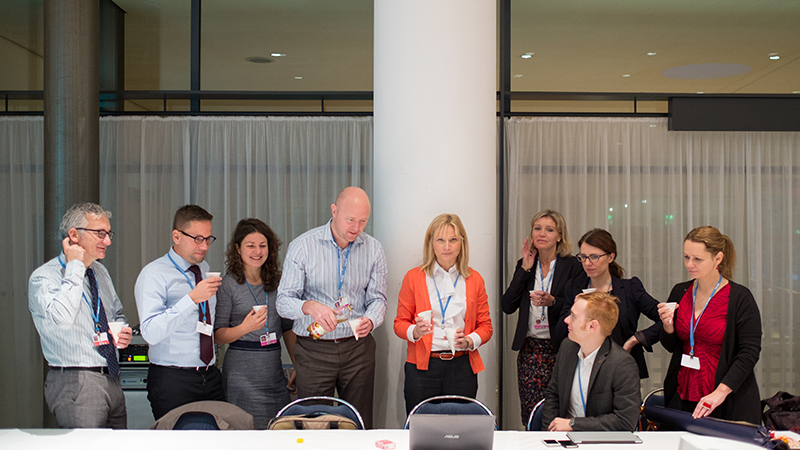 “Why are you in the fight against climatechange?” | “Because we still can and because I promised my children this will make a difference. Impossible is nothing” – Elina, EU ©Kaveh Guilanpour, 2015

Like a travelling circus, thousands of envoys will set up camp in a new city this December.

A disused airport on the margins of Paris will be the arena for 195 nations to hammer out a high-stakes climate pact.

It’s a punishing task enabled by adrenaline and caffeine. Testy late-night sessions and blinking contests are the norm as the UN Big Top, or Le Bourget conference centre, becomes a second home.

National leaders will take the limelight on November 30’s Grand Départ. Ministers will follow the second week with mandates to strike bargains.

But it is the rows of negotiators who do the technical graft, chiselling a flabby draft text to a final treaty fit.

“It’s hard work and taxing on the body. You don’t get enough sleep. In Warsaw [in 2013] I ate outside the conference centre twice in two weeks,” said Stephen Cornelius, a former UK negotiator who has attended nine Conferences of the Parties, or ‘COPs’

“It’s certainly seductive I guess and difficult to get away from,” added Cornelius, who joined WWF after leaving the government this year. 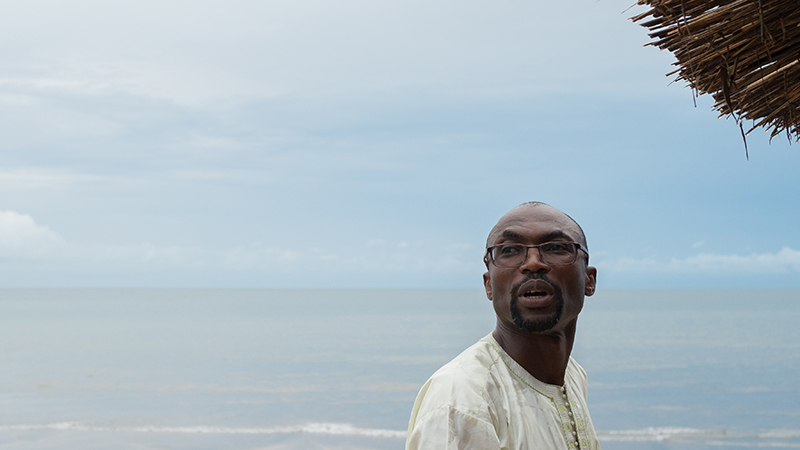 “Why are you in the fight against climate change?” | “I am in this process for a better future for my children, the most vulnerable people and humanity at large” – Pa, Gambia – © Kaveh Guilanpour, 2015 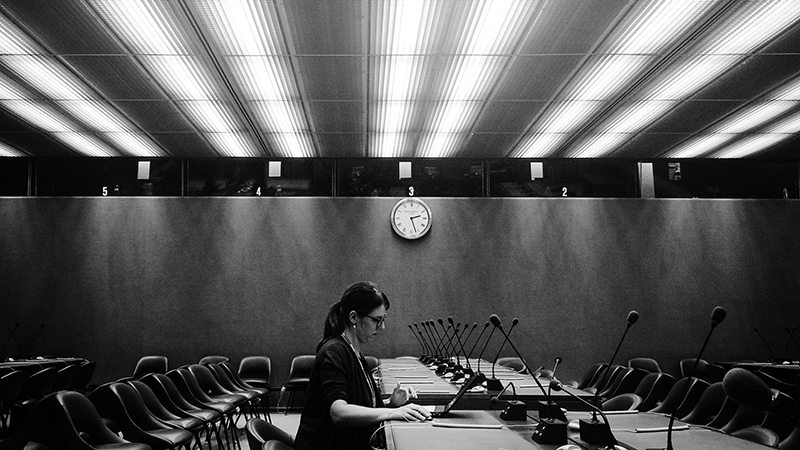 After Day One’s theatrics with presidents Barack Obama, Xi Jinping and Vladimir Putin taking the stage, negotiators will be dispatched to work on resolving individual issues.

Environment and foreign ministries have been preparing for months, concentrating on complex terms and opaque legal language.

From a forest-protection initiative, REDD+, to a mechanism to address loss and damage in a warmer planet, diplomats in Paris must adhere to a schedule.

Formal negotiating slots working through the text are limited and valuable. So informal groups are key to smoothing out blockages. Breakthroughs can occur in the bar, even.

Daily meetings of negotiating blocs like the developing country catch-all G77 or vulnerable alliance of small island states occupy a hour each morning. Many countries are members of more than one.

Co-chairs herding talks those issues demand results in a week. Then the aggregate of meetings is reinserted into an overall text. That’s how the theory goes. 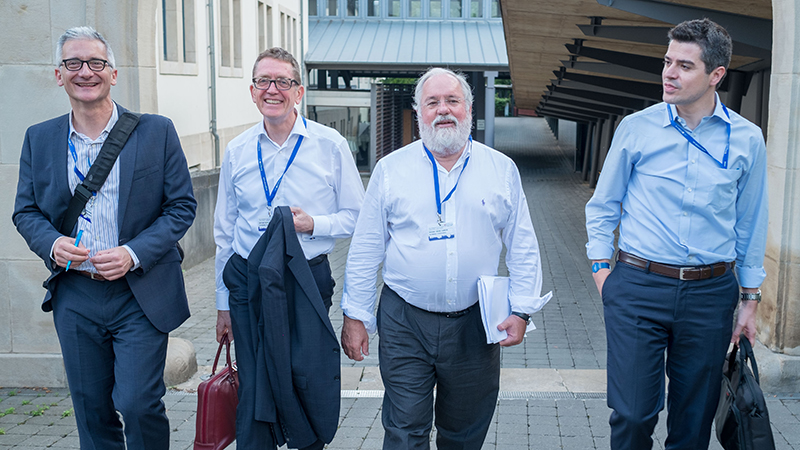 “Why are you in the fight against climate change?” | “Because of my grandchildren. And because I believe that change is possible and I can contribute to make the difference” – Miguel (second-right) EU – ©Kaveh Guilanpour, 2015 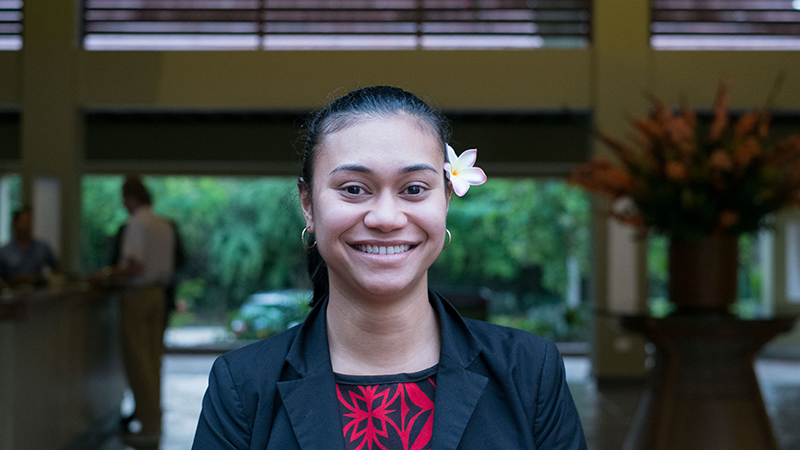 “Why are you in the fight against climate change?” | “I want to help ensure a future for my country, my generation and generations to come” – Ida, Samoa © Kaveh Guilanpour, 2015

The French government hosting the talks want the document completed by Wednesday 9 December, so it can be translated into the UN’s six official languages before a Friday finish. But talks have a record of going into overtime.

A pact committing all countries to limit carbon emissions has proved elusive for two decades, after all.

Countries act in self-interest, but personal relationships make it easier, said Tony La Viña, who has negotiated for the Philippines since the first COP in 1995.

“It’s a big thing if you are able to get along with your fellow negotiators,” he told Climate Home, preparing to fly over from Manila.

“On more complicated issues like emissions reductions or climate finance, having good relationships helps explore options, but it won’t solve the problem.”

Family photo: Meet the envoys with a UN climate change deal in their hands

The Philippines will have enough technical experts and lawyers to understand what they are agreeing to.

That’s not the case for all developing nations, said Pablo Solon, who as chief negotiator led Bolivia to be the only country to refuse to back a deal in Cancun in 2010.

“We could only take six or seven to the negotiations. Others had 20, 40 and more. It was a total injustice,” he told Climate Home from La Paz.

The UN’s climate body gives assistance to poorer countries, and some diplomats work for free, but Solon claimed this reinforced a north-south divide.

“In my experience the experts they give away work more for the interests of the developed countries. On [carbon] markets, for example, they had a very clear slant.”

Allies share intelligence, Cornelius said. Not every country can be at every meeting, so information is shared. Campaigners and researchers can offer advice. 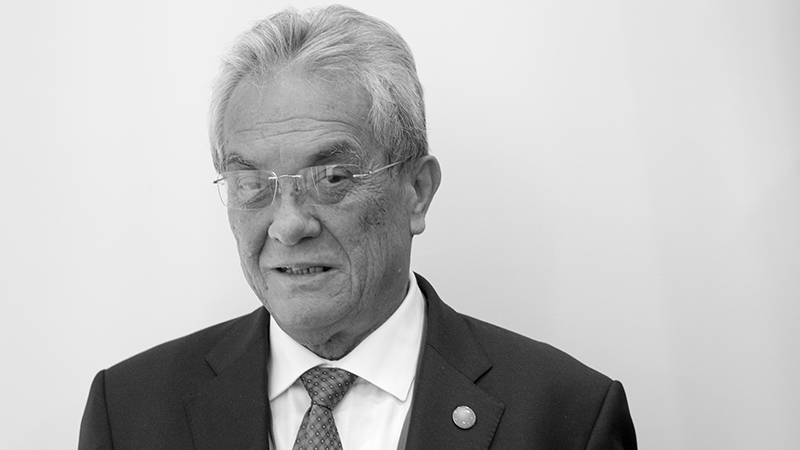 “Why are you in the fight against climatechange?” | “For my country, my three children, my ten grandchildren, and my four great-grandchildren” – Tony, Marshall Islands- ©Kaveh Guilanpour, 2015 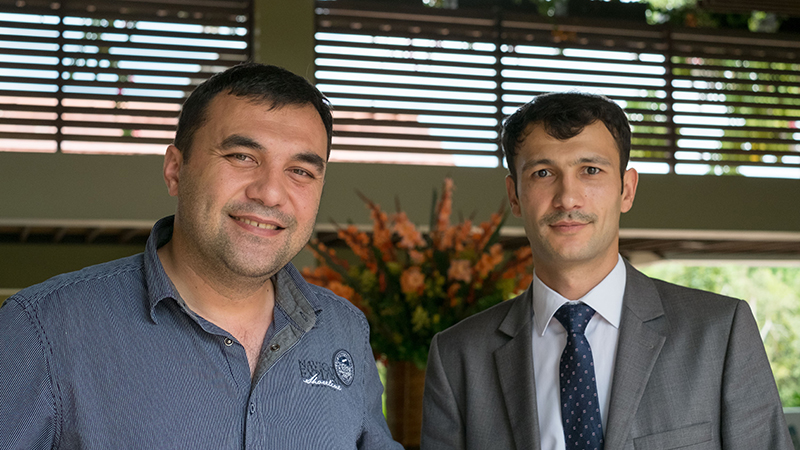 Why are you in the fight against climate change?” | “Not to be ashamed in front of the next generation and our planet” – Muzaffar (left) Tajikistan – © Kaveh Guilanpour, 2015

Since the nadir of Copenhagen in 2009, UN negotiations have gradually recovered confidence and Paris is expected to produce a new agreement.

Annual rounds of talks have seen envoys jet to Doha, Warsaw and Lima, as well as frequent interim meets in Geneva and Bonn.

“It’s a nice life, but it’s the travelling that’s tough with two, four, six, eight weeks spread out. You leave lots of things behind you. You shouldn’t do it for the perks,” said La Viña.

The French presidency is offsetting the air miles of this year’s 22,000 delegates through the UN’s clean development mechanism.

Report: Paris climate summit set to be greener than Lima

Solon is not convinced the whole circus is worth it. “It’s the same old routine. We had meetings in Copenhagen, then Cancun, now Paris. But the truth is the negotiating text only appears at the very end. It’s no mistake. It’s a strategy to waste time.

“It’s like the film ‘Matrix’, because no one believes they are negotiating here. The realisation is that it’s happening in another room.”

If deadlock occurs, he expects co-chairs to present a text favouring wealthy countries like the US.

But La Viña and Cornelius believe in the process.

Part of the EU team on REDD+ in Warsaw, Cornelius said he clocked up 196 hours of work, with power naps all the sleep he could get in the closing phases. This December’s summit is set to sign off on the programme which was first proposed in 2005.

“We got the rules for REDD+ more or less sorted. We had all-nighters but we got there.”

Photos and captions reproduced with permission from Kaveh Guilanpour from the photo series ‘Climate Negotiators’ available at  http://guilanpour.com/Climate-Negotiators/