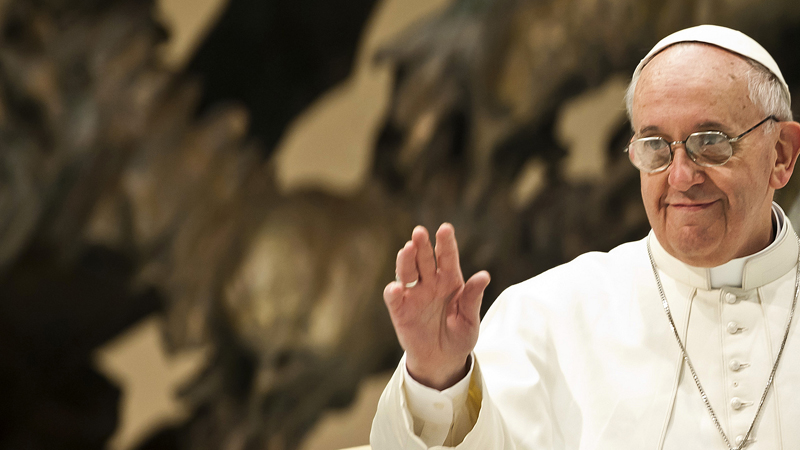 Pope Francis has made a number of appeals to protect the environment since his election in 2013 (Pic: Mazur/catholicnews.org.uk)

Pope Francis has said failure to strike a climate-rescue pact next month in France would be “catastrophic” for the planet.

The Catholic leader whose unprecedented encyclical in June gave a moral dimension to the climate movement, said countries had a “political and economic obligation” to overhaul fossil fuels for cleaner forms of energy.

“In a few days, an important meeting on climate change will be held in Paris … It would be sad, and I dare say even catastrophic, were particular interests to prevail over the common good,” the pontiff said in a speech in Kenya on Thursday.

“COP21 [the climate meeting] represents an important stage in the process of developing a new energy system which depends on a minimal use of fossil fuels, aims at energy efficiency and makes use of energy sources with little or no carbon content.”

Almost 200 countries meet in Paris on November 30 for a two-week ‘COP21’ summit expected to produce a new pact to reduce carbon emissions. Over 140 world leaders including Barack Obama and Xi Jinping will attend the opening day.

Under discussion is a goal to phase-out fossil fuels to ensure global temperatures do not exceed a 2C threshold with dangerous consequences.

The Pope has helped take a debate on sustainable development mainstream, addressing both the UN’s general assembly and the US Congress in September.

UNEP chief Achim Steiner presented the Argentine pontiff with an elephant made of disused flipflops to draw attention to marine litter and plastic waste.