Time for a reality check on adaptation finance 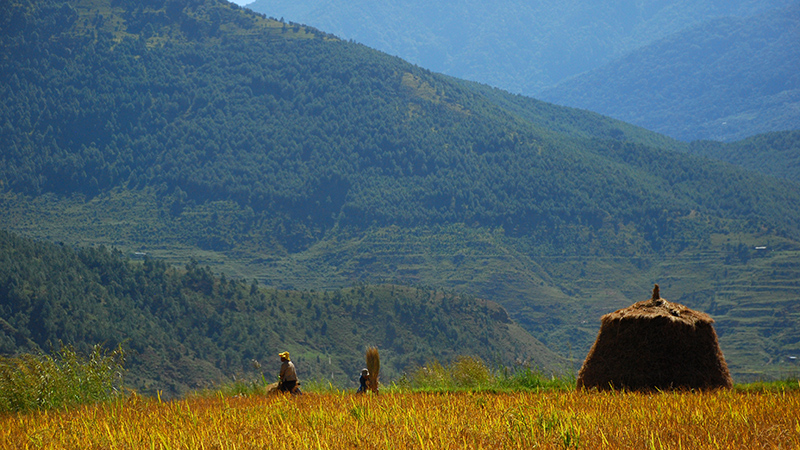 Climate finance will be a key element of the negotiations in Paris and beyond, reflecting the urgent need for investment in both mitigation and adaptation in developing countries.

Developed countries have pledged to “mobilise” US$100 billion per year by 2020 in climate finance for developing countries. Yet only part will come from public coffers; the rest – a still-undetermined amount – is expected to flow from private sources.

How all this private climate finance will be mobilised remains unclear.

The private sector is investing in low-carbon and climate-resilient actions – $243 bn in 2014, according to Climate Policy Initiative (CPI) – but only 8% of those flows were international. Private adaptation finance was not tracked, but of $148 bn in public finance, only $25 bn went to adaptation.

Climate finance: What will a decent package in Paris look like?

Political leaders, development banks and others working to increase private climate finance often assume that private actors can support climate action in developing countries in much the same way as public entities. Yet especially with adaptation, our research and experience suggest, that is unrealistic.

Private and public actors have completely different motivations for supporting and enabling adaptation, and that is unlikely to change anytime soon.

The good news is, private actors will invest substantially in adaptation because it is in their interest to be climate-resilient and to explore new business opportunities.

Indeed, research shows that actors in all sectors – from smallholders and small enterprises to multinationals – can contribute to adaptation. However, empirical data on private adaptation are limited, hindering sector- or country-wide assessments.

New analysis by the Stockholm Environment Institute suggests that just counting many kinds of private finance flows would be very difficult, and gauging their contributions to adaptation, even more so. The extent of current private-sector investment in adaptation is thus highly uncertain.

How much of that finance can reasonably be counted towards the $100 bn commitment is an even bigger and more important question.

Over time, the Parties to the United Nations Framework Convention on Climate Change (UNFCCC) have stated their expectations for adaptation finance: that it be adequate, predictable, sustainable, scaled up, new and additional; that it provide improved access; that it be balanced with mitigation, prioritised to particularly vulnerable developing countries, mobilised by developed countries, and transparent. Do private flows meet those criteria?

In a first step at trying to answer that question, we analysed data from the UNFCCC Private Sector Initiative (PSI). The PSI database includes 101 case studies of private-sector engagement in adaptation from all over the world, in all sectors (e.g. water, food and agriculture, transport and infrastructure, tourism).

Despite its limitations, the PSI is the best database available to develop a better understanding of the current magnitude and flows of private adaptation finance.

We examined how well the case studies met the 10 criteria for adaptation finance identified above. Our analysis, published in the journal Climatic Change, shows that only a few of these projects would qualify as contributions to international adaptation finance.

Only a minority of the case studies took place in the “prioritised” vulnerable developing countries. The private investments were “new and additional” to official development assistance, but their “adequacy” and “predictability” were unclear.

Moreover, while some projects committed to “sustainability” and “scaling up”, the actual plans and their associated investments remain undisclosed. There was also little evidence of the finance having been “mobilised” by developed countries.

And clearly, better insight into the role of the private sector in adaptation finance would require more “transparency” on the generation, governance, delivery and use of finance.

Our analysis shows that the diplomatic UN conceptualisation of adaptation finance does not match the reality of the private sector. Even the PSI case studies on adaptation – potentially positively biased, dominated by frontrunners, and associated with UN processes, do not come close to meeting the UN’s own adaptation finance expectations.

It is unlikely that the UN can alter the existing criteria to make them more suitable for private initiatives. It is also unlikely that the private sector will voluntarily align its investments and reporting to these 10 criteria.

This could include philanthropy, or private finance that is directly mobilised via public adaptation projects of, for instance, development banks and agencies.

Such an approach would dramatically reduce the private-sector contribution to the annual climate finance commitment of $100 bn, but it would be a sensible and practical way forward.

It would also ensure that unrealistic expectations about private-sector investment do not lead to a sense of complacency among developed-country governments. The money is clearly needed, and world leaders have pledged to deliver it – from whichever sources it may come.