Qatari average earnings top US$140,000 a year but country wants free solar technology if it is make any carbon cuts at all 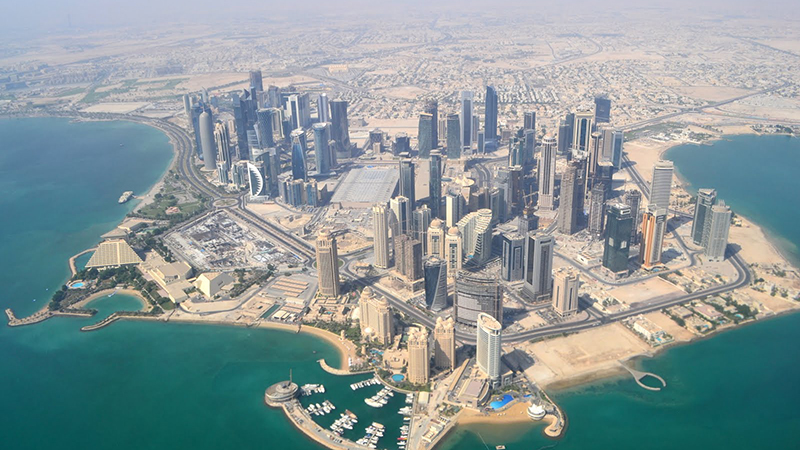 The Persian gulf emirate is vulnerable to rising sea levels. Almost 20% of territory lies less than 5m above sea level, a submission to a UN climate deal said (Flickr/ marc.desbordes)

Qatar said it is braced for sea-level rise as the planet overheats, but will not accept carbon-cutting policies as they would risk its oil-based wealth.

That was the message of the country with the highest per capita income in the world and host of the 2012 UN climate summit as it submitted a non-committal pledge to a climate rescue pact on Friday.

The leading natural gas exporter said national policies to prune carbon emissions “may negatively impact the strength of Qatar’s economy and potentially the quality of life of its residents.”

The Persian Gulf emirate of 2.3 million people said it was diversifying its economy to protect economic growth.

It has made efforts to tap the region’s abundant sunshine, it said, but needed access to better technologies from industrialised nations to move away from fossil fuel-generated power.

Despite plunging oil prices Qatar’s national bank projects it will expand almost 7% in 2016 and 2017 driven by a construction boom, Reuters reported.

With the world’s third-largest natural gas reserves and big infrastructure, Qatar “has been contributing indirectly to the global efforts to mitigate climate change by exporting Liquefied Natural Gas as a clean energy”, it claimed.

Bill Hare at Berlin research institute Climate Analytics said there was a “complete disconnect” between the emirate’s vulnerability to climate change and plans to reduce carbon emissions stoking warming.

Report: What can OPEC bring to a Paris climate deal?

“It’s an extremely disappointing INDC. It’s looking backwards and only seeing problems when fossil fuel producers need to be seeing the future, not denying it” he told Climate Home.

Its offer would leave the UN climate change secretariat “exasperated” after concerted efforts to convince oil-exporting states to curb greenhouse gases, he added.

Qatar produced 0.2% of global greenhouse gas emissions in 2010, according to EU data. It outlined its aim to create a “world-class education system”, whose graduates could work to find solutions climate change.

Classed as a “developing” country by a 1992 UN definition, Brazil’s environment minister has singled out it and other rich developing nations for not doing enough to tackle climate change.

“We need to convince other countries [tackling climate change] is impossible if countries like Singapore and Qatar, countries around the world, South Korea for example presents a ‘business as usual’ scenario as a developing country,” she said.