Carbon dioxide levels in the air passed 400ppm globally in April. That will soon be a “permanent reality”, says UN agency 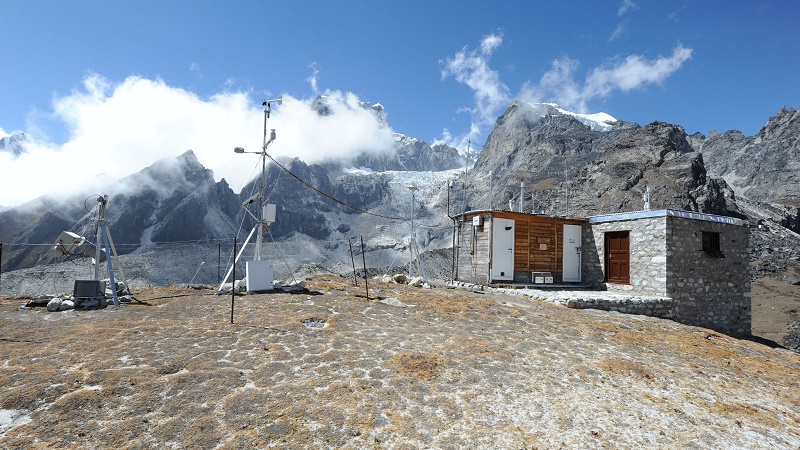 A weather station in the Himalayas (Flickr/worldmetorg)

Levels of greenhouse gases in the air fluctuate with the seasons, as plants grow and absorb some of the emissions from cars and power plants.

In 2014, global concentrations of carbon dioxide averaged 398 parts per million, the latest World Meteorological Organization (WMO) report shows. In April 2015, they passed 400ppm for the first time ever. In 2016, the year-round average is expected to exceed 400ppm.

“We have to act now to slash greenhouse gas emissions if we are to have a chance to keep the increase in temperatures to manageable levels.”

Separate data released on Monday from the UK Met Office and the Climate Research Unit at the University of East Anglia suggests average global temperatures will pass 1C above pre industrial levels in 2015. “This is the first time we’re set to reach the 1C marker and it’s clear that it is human influence driving our modern climate into uncharted territory,” said Stephen Belcher, director of the Met Office Hadley Centre.

The WMO Greenhouse Gas Bulletin brings together measurements from around the world of the most important warming agents: carbon dioxide, methane and nitrous oxide. It reveals the impact human activities are having on the make-up of the atmosphere.

“This is happening now and we are moving into unchartered territory at a frightening speed.”

In Paris next month, leaders from 195 countries aim to strike a global deal to curb emissions.