How France is steering the world to a climate deal 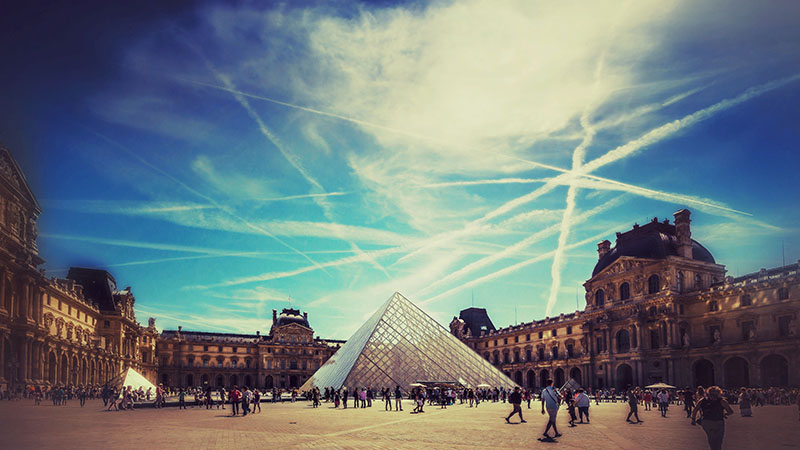 Paris is braced to receive an estimated 40,000 delegates during the two-week Conference of the Parties, making it one of the largest conferences to be held in the country (Flickr/ Luc Mercelis)

“We needed to think about not only an agreement, but an alliance.”

Pascal Canfin is weeks away from seeing if a landmark conference he helped devise will go the distance.

To pull off a new global warming accord, France’s development minister from 2012-14 knew the UN’s climate change body alone was too abstract to inspire a mass campaign.

City mayors, CEOs and central bankers were needed to rouse the groundswell of climate action that now buoys talks, Canfin tells Climate Home in a hotel a stone’s throw from the presidential palace.

From 30 November, the capital will welcome envoys from 195 countries and an estimated 40,000 delegates.

It’s the best chance in a generation to strike a deal to cut greenhouse gas emissions.

Having been at the coalface of preparations since its conception in 2012 alongside foreign minister, Laurent Fabius until last year, are things on track?

“I think we can say it’s going to plan,” replies Canfin, now of the World Resources Institute and author of ‘30 Questions to Understand the Paris Conference’.

Recasting talks as an inclusive process for all countries has healed wounds opened at an acrimonious Copenhagen summit six years ago.

The French presidency of the Conference of the Parties, or COP21 in UN jargon, trumpets an “agenda of solutions”, relying on each country’s input.

France’s COP21 logo depicts the summit as sowing a climate pact for the long term.

That curbing greenhouse gases need not be a constraint, but an opportunity, is a message that is winning, Canfin says.

France hasn’t done it alone, of course. Years of annual meetings have built up momentum, with a joint announcement by the US and China last year the high watermark.

Yet in the year to date, the European power’s heavyweight politicians have pulled out the stops.

President Francois Hollande has secured deals with the Chinese. Former PM Laurent Fabius and a broker of the Iran nuclear deal has jetted to foreign capitals, deputised by ecology minister Segolene Royal.

A veteran diplomat, Laurence Tubiana has been appointed climate change envoy to thrash out the thornier issues. Having represented prime minister Lionel Jospin at the Kyoto summit in 1997, she has in-depth knowledge of the climate scene.

“What Laurence brings in this is a vision, an understanding that’s built on long history of negotiations that she has been present in,” says Michel Colombier, scientific director at the Institute for Sustainable Development and International Relations (IDDRI).

“What Fabius brings is his broader diplomatic experience and his political skills, which is different.”

Meanwhile, staff at all the country’s embassies and consulates around the world have been briefed to project the message.

“Since the beginning it was a clear political priority,” says Marie-Claire Aoun at the French Institute for Foreign Relations (IFRI), a think tank.

France has seized on its membership of international forums like the G7, G20 and ties to former colonies in Africa, remarks the UN’s former top official, Yvo de Boer.

“It has the clout, the power, the skills, the intelligence, the diplomacy to really get out of this Paris agreement what can be got out of it,” he tells Climate Home.

In 2009, the Danes did not manage to pull off a deal in Copenhagen, at the last de Boer steered before resigning.

With talks going badly, the country conjured up a last-minute text with the US, UK and others that was widely denounced and eroded years of progress.

With its distinct roles and meticulous planning, France feels in control by comparison. Tubiana has repeatedly stressed there is no secret text, no “Plan B” this time around.

Even the country’s landmarks have been appropriated for the fight ahead. France’s foreign ministry, the Arc de Triomphe and the Eiffel Tower have all borne climate messages.

There’s always a balance between a COP host being just a host, and having a broader vision, says IDDRI’s Colombier, a confidante of Tubiana’s.

“The French were very much aware of this – to pursue what has been prepared by others since Copenhagen, which was to rebuild trust and willingness of countries to come back to the UN.”

This putting in the groundwork means France knows more or less what to expect from important actors, like the US, China and key Latin American countries, he adds.

Inviting scores of ministers to Paris for candid conversations on set issues is part of the strategy.

Some sixty arrived yesterday under police escort, Le Monde reported. “The purpose is not to renegotiate the Bonn text, but to give a political boost and facilitate the final agreement,” Fabius reportedly said, opening the session.

Talks aren’t in as fine fettle as the presidency might have hoped. After a fractious final session in Bonn, the negotiating text stands at an unruly 50+ pages. Nor will Fabius get the ‘pre-agreement’ he desired in June.

One bone of contention is progress towards an annual $100bn flow from rich to poor nations to address climate impacts. Another is sharing of effort between those countries.

Laurence Tubiana has been closely involved in France’s COP21 strategy and is a veteran observer, having advising French prime minister Lionel Jospin in Kyoto in 1997 (UN Photo/Rick Bajornas)

For President Hollande, whose three-year leadership is flagging with low approval ratings and a subdued economy, a meaningful pact could shape his legacy.

But after a year of meticulous preparation, the prospect of the summit backfiring makes it a “huge risk”, according to IFRI’s Aoun.

Success is difficult to determine, says IDDRI’s Colombier, and COP21 won’t reach the prominence of foreign policy interventions in Mali or Syria in the eyes of the French public.

“Maybe [Hollande] could have lived without this, but having taken responsibility of doing this, certainly it’s important it doesn’t fail.”

The significance of a new agreement being struck in the developed world hasn’t gone unnoticed.

Several oil producers, including Saudi Arabia and Venezuela have so far held out, and could hold up an agreement.

Yet it’s France’s old colonies, highly vulnerable to an overheating planet, that might derail talks unless adaptation finance is proven.

“One of the risks France is facing is that its diplomacy would be focusing too much on emerging powers, securing a deal with OECD countries and China and forgetting African countries,” adds Canfin.

It’s a minefield to navigate for any host. But after three years of planning, France is well placed to see it through.