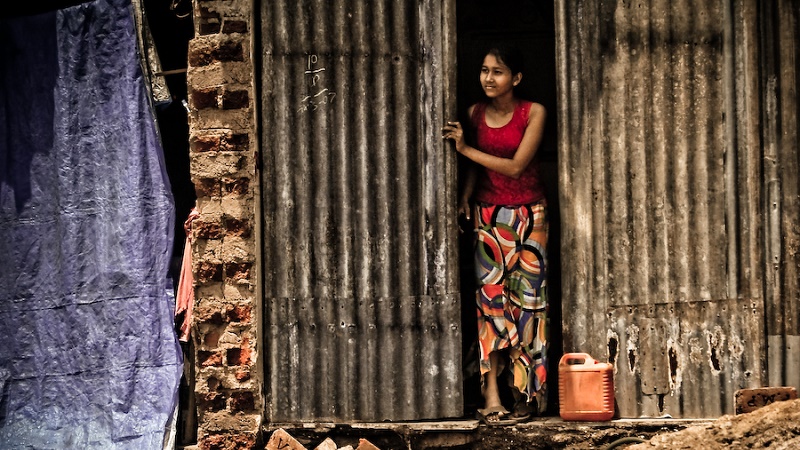 Whether it’s flooding in Mumbai slums or drought decimating goat herds in the Sahel, poor people are hardest hit by the changing climate.

Such impacts could push another 100 million into extreme poverty by 2030.

So warns the World Bank in its latest report, calling for targeted support to help marginalised communities cope.

“When we look at poverty today, we see that climate-related shocks and stresses are already an obstacle to people escaping poverty,” lead author Stephane Hallegatte told Climate Home. “Climate change will make them worse.”

Often, these effects are measured in terms of GDP, but Hallegatte said that approach failed to capture the full human cost.

“Poor people don’t count. They are so poor, in most cases they don’t show up in national statistics.”

Instead, the World Bank study draws on household survey data from more than 90 countries.

Those living on less than US$1.25 a day, the common definition of extreme poverty, are more vulnerable to climate disaster than the general population.

That doesn’t entirely depend on foreign aid – it estimates 70% of the world’s poor live in countries that can support them with domestic resources.

Meanwhile, policies to cut greenhouse gas emissions should be designed not to penalise the poor. Fossil fuel subsidy cuts, for example, can be balanced with cash handouts or investment in healthcare.

“For the short term, only adaptation can help,” said Hallegatte. “In the long term, we find limits to what adaptation and resilience can achieve.

“It [global warming] can be stabilised only if net emissions are brought to zero… We really want to achieve that without slowing down poverty reductions.”

ActionAid agreed with the findings, but accused the World Bank of mixed messages.

“The World Bank is coming late to the game with its talk of improving social protection to fight the effects of climate change,” said the charity’s climate expert Harjeet Singh.

“n reality, the World Bank has had a long and dubious record of forcing developing countries to reduce their public expenditure to provide basic services, and protecting socially and economically weaker populations.

“It will need to address this before it can reliably practise what the report preaches.”