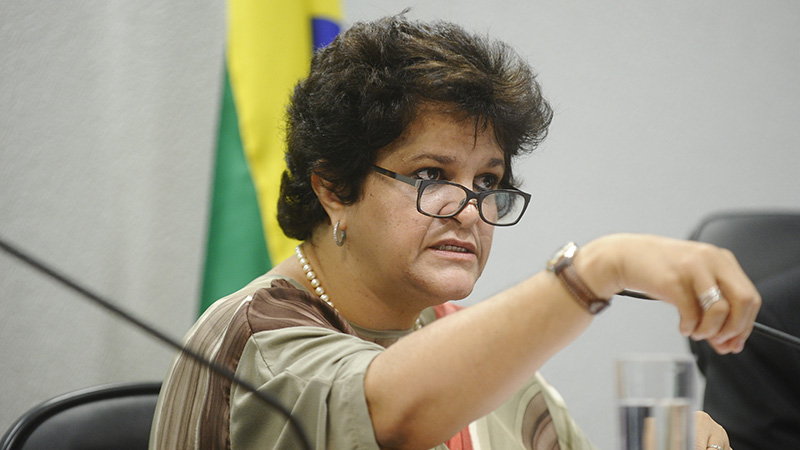 Brazil is shouldering more of the burden of climate action than countries of comparative wealth, according to its environment minister.

Izabella Teixeira singled out pledges by Singapore and South Korea as “inexcusable” at an event on Wednesday.

Those countries’ targets allow greenhouse emissions to rise as their relatively wealthy economies grow over the next 15 years. Brazil is the first developing nation to commit an absolute carbon cut, by contrast: – 37% by 2025 compared with 2005 levels.

“For us, Brazil is not there to do more. We already go beyond in what we have proposed,” she told Climate Home at its London embassy.

“We need to convince other countries it is impossible if countries like Singapore and Qatar, countries around the world, South Korea for example presents a ‘business as usual’ scenario as a developing country.”

More than 150 nations, covering 90% of world emissions, have presented plans towards a new global warming accord to be struck in Paris in December.

For the first time, all governments were expected to contribute, not just the wealthiest.

In its pledge, Singapore said it would peak its emissions “around 2030” and cut CO2 per unit of GDP by 36% by the same year. Yet the rich city state’s GDP jumped 113% between 1997-2012, prompting calls for it to deepen mitigation efforts.

South Korea’s plans to cut emissions 37% below business as usual by 2030 are in fact equivalent to a 81% rise on 1990 levels – a level deemed “inadequate” by analysts Climate Action Tracker.

Qatar is among the 50 countries – many of them oil producers – that have yet to declare targets, nearly a month after the UN deadline.

These aren’t in line with an international goal to cap warming to 2C by 2100, as observed by Brazil’s “ambitious” offer, Teixeira said.

The country’s top representative at UN climate talks drew attention to a joint declaration it made with Germany earlier this year, to decarbonise the global economy this century.

Brazil registered the world’s fastest drop in emissions between 2005 and 2012 – a 41% fall – due to combating deforestation. It has vowed to end illegal tree-cutting by 2030 and ramp up renewable power.

Yet analysts criticised the plan as timid, with many targets already being reached. Deforestation has risen for the past two years, and the plans aren’t consistent with 2C, according to NGO coalition Climate Observatory .

Researchers at Brookings Institution, a US think tank wrote: “Despite its heavyweight status, Brazil’s climate plan punches below its weight.”

Teixeira confirmed Brazil president Dilma Rousseff will join other world leaders at the Paris summit when it begins on 30 November.