Country can loosen fossil fuel’s grip on energy system by quintupling share of renewables to 38% by 2030, says IRENA 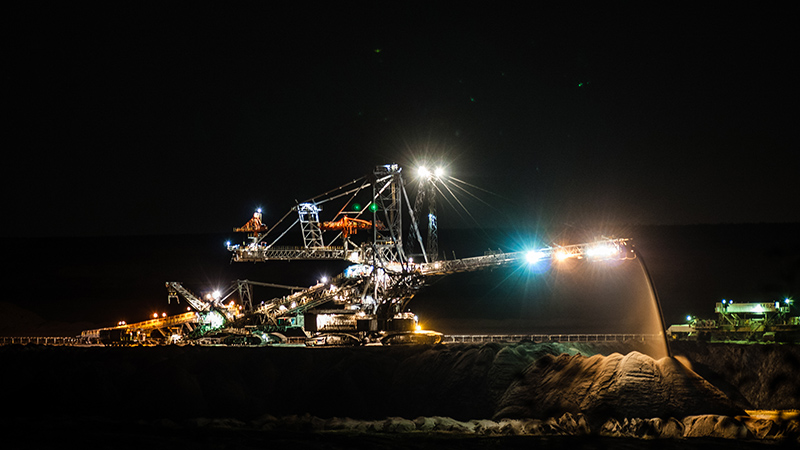 A strip mining machine at a Polish coal mine. The country relies on the fuel for 90% of its electricity, while renewables made up jus 7% in 2010 (Flickr/ Kamil Porembiński)

Coal needn’t rule the roost in Poland for years to come, the International Renewable Energy Agency declared on Tuesday.

The eastern EU’s largest economy lurched to the right on Sunday as the Law and Justice party won office pledging to shore up its ailing coal sector.

Party figures promised on the campaign trail to defy the bloc’s climate targets, which mandate 27% of electricity to come from renewable sources by 2030.

Existing policies get Poland just over half way there by 2030 and are reliant on biomass, IRENA said. Coal, the top-polluting fuel, currently provides about 90% of electricity generation.

But the country can go 38% renewable if it taps its vast wind resources in the Baltic sea region, improves power transmission and upgrades its creaky grid, the Abu-Dhabi organisation said in a report using energy ministry data.

“Even in a country like Poland with cheap fossil-fuel based resources, renewable energy can be cost-competitive, reduce air pollution, enhance energy security, benefit the economy, and play a leading role in fighting climate change,” he added.

By doubling annual investments to $4.5 billion, Poland can reach 25% of final energy consumption through renewable power, the agency said. That would reduce carbon emissions and save up to $2 bn a year by 2030, in accounting for health and environmental benefits.

Law and Justice were on course for a slim parliamentary majority after winning 37.6% of the vote, according to the electoral commission. Civic Platform, the main governing party for the last 8 years and who signed off on the EU’s climate package last September, received 24.1%.