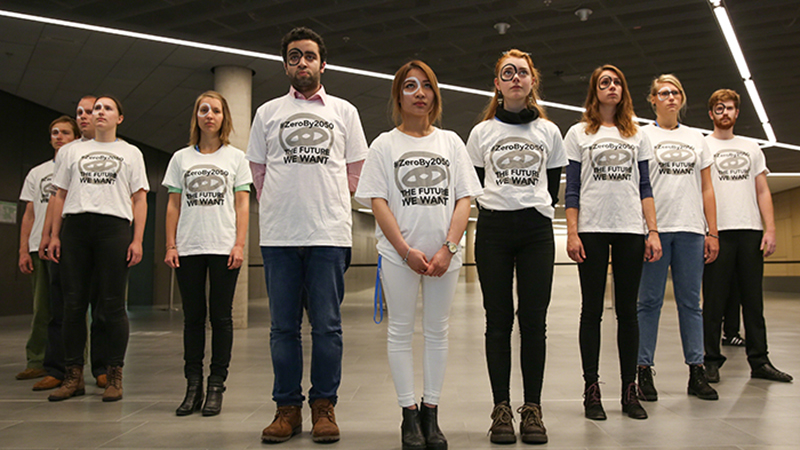 Youth participate in a demonstration titled ‘Zero by 2050 – The Future We Want’. 125 civil society groups have criticised a move to exclude them from talks (credit: ISSD reporting services)

Green and development groups have condemned a decision to bar observers from negotiating sessions at a preparatory meeting in Bonn.

Japan proposed on Tuesday to exclude civil society from overseeing discussions, in a bid to spur progress on a revised negotiating text.

That text stood at 34 pages on Tuesday morning, up from a 20-page document by UN officials, after countries reinserted elements they complained had been left out.

Delegates were dispatched into closed spin-off groups to work at slimming down different contentious sections, from climate compensation to a long term zero-carbon goal.

“It leaves us truly in the dark,” Anabella Rosemberg, an advisor at the International Trade Union Congress, said at press conference.

“It’s a bad step in the run-up to Paris. I hope the decision is reversed.”

There are less than three formal negotiating days left before a decisive summit in Paris, where a new global warming treaty is expected to be signed in December.

In a sign of north-south divisions, envoys heading developing country negotiating blocs joined 125 groups in urging the co-chairs to let NGOs back into the rooms.

“This should be an open forum where everything happens in a transparent setting and nothing is hidden,” said Tosi Mpanu Mpanu, Congolese diplomat and chair of the least developed countries bloc.

“We want to ensure on the way to Paris this is an open, inclusive process, and we don’t fall back in the mishaps of Copenhagen.”

The last attempt to sign a global warming pact in the Danish capital in 2009 failed, with poor countries accusing wealthy nations of cooking an agreement away from public scrutiny.

Civil society groups were the “canary in the coalmine,” whose presence indicated a “healthy atmosphere,” in climate talks, said Gita Parihar, legal head of Friends of the Earth International.

Senyi Nafo, African Group spokesperson, said he would urge the G77+China negotiating bloc to halt talks until groups were reinstated.

“In an ideal world, of course you would have all sessions open to observers and journalists. The reality is at UN climate talks, all the really hard work has always been done behind closed doors in private rooms.” 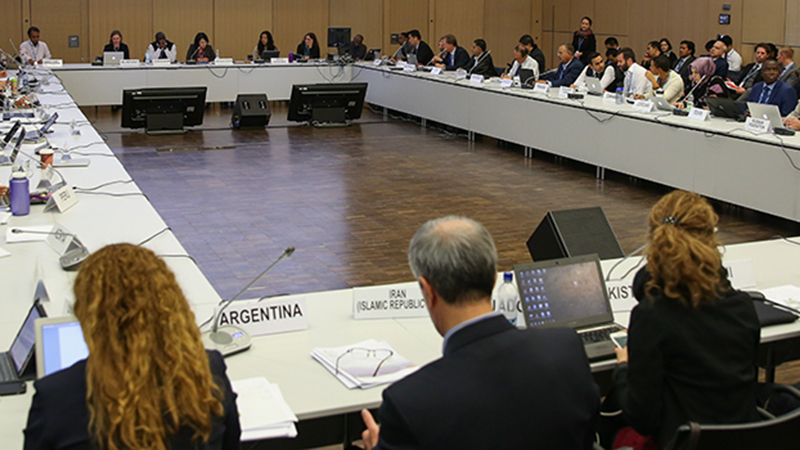 As a sign of the scale of the challenge, he noted there were more than 900 square brackets in the latest draft text, indicating language that has yet to be agreed.

But Black said they do have technical support. “It’s frankly slightly insulting to imply they need outside help,” he added.