Britain is wooing China’s president for contentious investment in nuclear plants, but the real opportunities are elsewhere 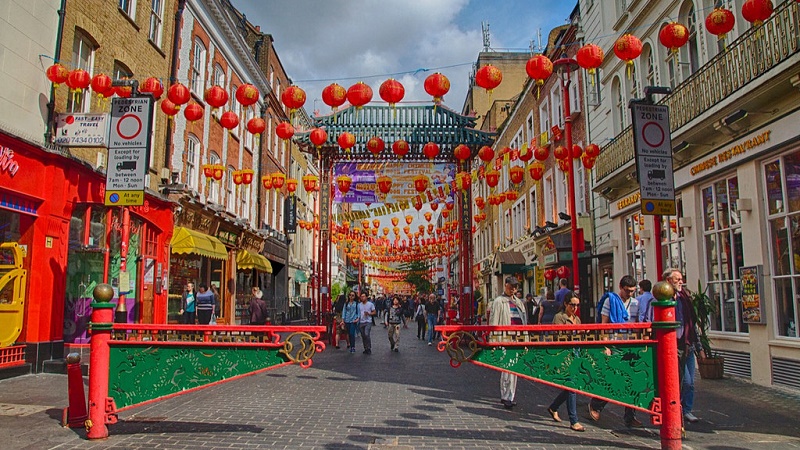 Chinese flags are out in the Mall, London, alternating with the Union Jack. At Buckingham Palace, royal staff are setting out a state banquet.

President Xi Jinping is in town and the UK government is sparing no effort to make him feel welcome. It has 30 billion reasons to do so – the pound value of deals expected to be announced during the visit. These include a contentious Chinese stake in British nuclear plants.

Beyond that, chancellor George Osborne is bidding to become China’s “best partner in the west”, in the hope some tigerishness will rub off. It will be mostly left to opposition leader Jeremy Corbyn to take President Xi to task on his administration’s human rights record.

Where does climate change come into these discussions? Remarkably low down the agenda, given a critical Paris summit is just around the corner – and low carbon is an economic priority for China.

Experts at a briefing by the Energy and Climate Intelligence Unit (ECIU), a London-based think tank, last week accused Osborne of missing a trick.

China is still widely perceived as a climate laggard, lamented Lord Deben, a Conservative peer and head of the UK’s climate advisory board.

Instead of “using China as an excuse for not doing anything,” he said, “we should be encouraging China and recognising the very considerable steps they have taken.”

Beijing surprised observers last year by pledging to peak greenhouse gas emissions by 2030, in a climate pact with the US. It followed this milestone in climate diplomacy with policies on carbon markets and clean energy, in a June submission to the UN.

President Xi said in a Q&A with Reuters: “China’s submission to the UN of its nationally intended contributions is aimed at facilitating global climate governance, and also for the sake of China’s own development.”

That national interest has been key: decades of phenomenal growth powered by cheap and dirty mass production have taken a heavy toll on the environment. For its future prosperity, Beijing is looking to lower carbon, higher value sectors.

From a “develop first, clean up later” mentality, China has realised it must “green for its own survival,” said Isabel Hilton, editor of China Dialogue. “Sometimes we fall into the idea that this is just a diplomatic or superficial change… but actually it is quite profound.”

At the same time, the UK’s claims to climate leadership are weakening. It has pioneering legislation in place to phase down emissions, yet the Conservative government has slashed policy measures to underpin that shift.

In the run-up to Xi’s visit, most UK coverage has focused on Chinese investment into the country.

Notably, state-owned CGN’s interests in Britain’s nuclear power revival. It is to take a 33.5% stake in a £24.5 billion (US$38bn) plant at Hinkley Point and lead another build in Bradwell, Essex.

That is also likely to have top billing at Xi’s meeting with energy and climate change secretary Amber Rudd on Tuesday.

The prospect of allowing foreign involvement in such key strategic assets has alarmed security experts, on top of concerns over vast public subsidies involved.

Opportunities for UK plc in China, being less controversial, have got less air time. But it is Europe’s most important exporter of low carbon goods and services to China, a trade worth £800 million at the last count.

The Asian economy is a huge market, even with a recent slowdown in growth to 6-7% a year, down from giddy double-figure levels.

Beijing’s next five-year plan, due out in draft form later this month, is expected to go large on clean tech like high-speed rail.

While it is hardly going to compete on solar panel manufacturing, the UK has some relevant expertise to offer. An article in official paper China Daily named carbon capture and storage as an area Britain “could play a key role”.

Report: China poised for a boom in green bonds

“While China has done an extraordinary job in lifting a billion people out of poverty… it has done that at extraordinary sacrifice to the environment,” he said.

If Xi’s visit will be used to foster agreement over the shape of the Paris climate deal to be struck in December, neither side is making much of it.

Whatever the specific trade deals to be done, climate change should be an area for agreement, said China Dialogue’s Hilton.

“If you look across the spectrum of US-China relations, they are pretty toxic in almost every other respect… climate diplomacy can lead you down a constructive path. That is also a lesson for Britain.”