Rate of Antarctic ice melt to double by 2050 – study 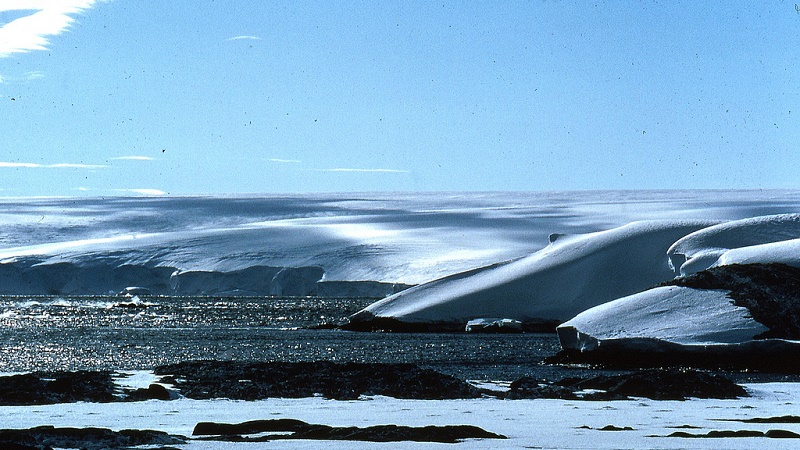 Antarctica, the planet’s largest desert, is home to 90% of the world’s ice – enough to raise global sea levels by at least 60 metres. So what happens to its ice and snow is a matter of serious concern to all of us.

One group has just predicted that, by 2050, the rate at which the ice shelves melt will double. Another reports that powerful winds are not just shifting Antarctica’s snow, but are also blowing 80 billion tonnes of it away, into the sea or the atmosphere.

Both cases exemplify the challenges of climate research and the construction of projections for the future.

Ice shelves are already afloat: if they melt, that will make no difference to sea levels. But floating ice that is fixed to the continental shelf also serves as a brake on the flow of glaciers further inland. So without the ice shelf “doorstops”, these could start to shed ice ever faster, and accelerate sea level rise.

Luke Trusel, postdoctoral scholar at the Woods Hole Oceanographic Institution in the US, and colleagues report in Nature Geoscience that they foresee a doubling of surface melting of the ice shelves by 2050.

If greenhouse gas emissions from fossil fuel combustion continue at the present rate, by 2100 the melting may surpass the levels associated with collapse of the shelves.

“Our results illustrate just how rapidly melting in Antarctica can intensify in a warming climate,” Dr Trusel says. “This has already occurred in places like the Antarctic Peninsula, where we’ve observed warming and abrupt ice shelf collapses in the last few decades.

“Our models show that similar levels of melt may occur across coastal Antarctica near the end of the century, raising concerns about future ice shelf stability.”

Meanwhile, the journal Geophysical Research Letters reports how Indrani Das, a research scientist at the Lamont-Doherty Earth Observatory at Columbia University in the US, and colleagues have been looking at how much snow the winds can shift in the hostile climate of the southern continent.

Antarctica is technically a desert – with an average 166 mm of precipitation a year – but snow that falls tends to stay, and becomes packed ever tighter with the decades.

Researchers have for almost a century assumed that the wind simply picked up surface snow and deposited it in drifts somewhere else on the continent.

But there are places where persistent katabatic winds flowing downwards from mountains rake the surface so fiercely that the snow is lifted away from the continent altogether.

The scientists identified one place where winds have removed 18 metres of snow – the equivalent of two centuries of precipitation. It cannot melt, but it can sublimate or become vapour.

They calculate from satellite imagery that, in what they call the “scour zones” that cover about 7% of the continent, snow is being exported, and the continent might be losing some 80 billion tonnes a year.

This means that climate scientists have been overestimating the surface mass of Antarctica by 80 billion tonnes a year, and some of this windblown snow must be ending up in the sea.

Like the rates of ice shelf melt right now, these figures are relatively modest, but they are a reminder of how much climate scientists still have to learn about the complex physics of ice, climate and atmospheric circulation.

“What we are seeing is that East Antarctica – already among the driest regions on Earth – is a bit drier than we thought,” said Ted Scambos, senior research scientist at the US National Snow and Ice Data Centre, and one of the co-authors. “It’s more likely that it is losing ice, and adding to sea level.”