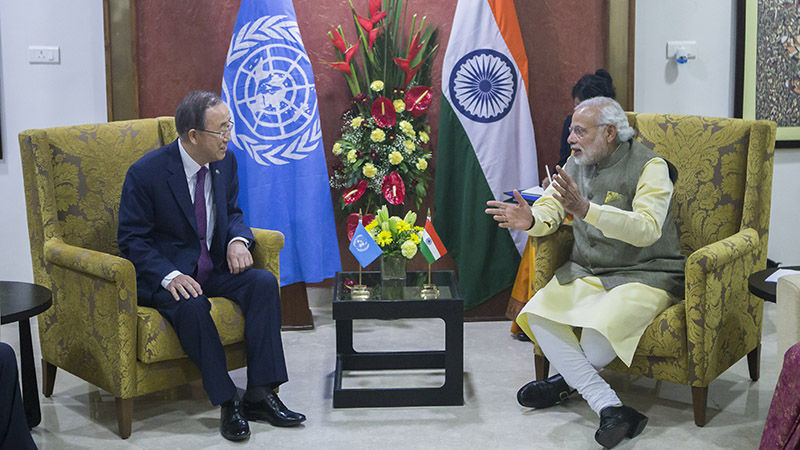 Details of India’s contribution to a proposed climate deal have been delayed till October 1, according to reports from Delhi.

Prime Minister Narendra Modi was expected to release details on the country’s plans to slash greenhouse gas emissions on Wednesday.

The Economic Times says the plan will focus on energy, agriculture, health and water, along with specific proposals to protect delicate coastal and mountain ecosystems.

At its heart will be a goal of sourcing 40% of its energy needs from non-fossil fuel sources by 2030, meaning installed capacity from wind, solar, hydro and nuclear would be nearing 400GW.

“The government can be expected to project the financial and technological requirement to carry out its efforts to adapt to climate change and reduce carbon emissions,” it says.

The Times adds that India is not expected to make its climate proposals conditional on receiving further financial or technical support from rich countries.

Modi is scheduled to meet US president Barack Obama during his US visit for the General Assembly.

He is also expected to take part in a world leaders climate summit in New York on Sunday, set to be hosted by Ban Ki-moon.