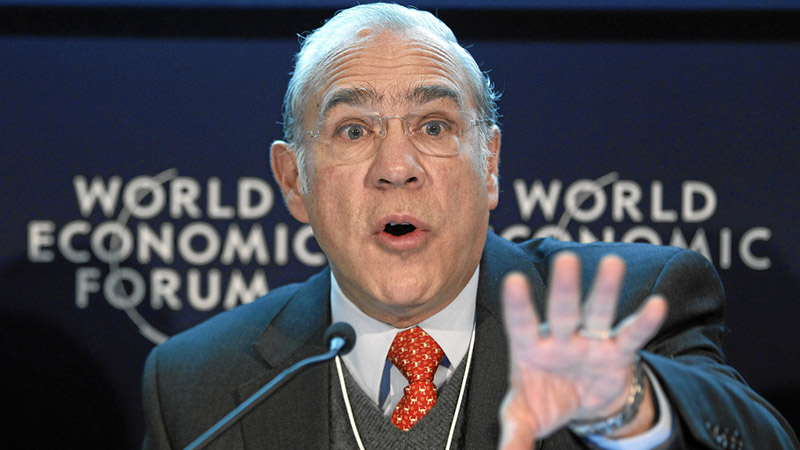 The world’s top economies are pumping money into the fossil fuel sector despite repeated calls for them to stop, the Organisation for Economic Cooperation and Development (OECD) said on Monday.

“The time is ripe for countries to demonstrate they are serious about combating climate change, and reforming harmful fossil fuel support is a good place to start,” said OECD secretary-general Angel Gurria.

Support for fossil fuels, worth an estimated $160-200 billion from 2010-2014 bordered on the “schizophrenic” Gurria told reporters.

“We are trying to reduce emissions and we subsidise the consumption of fossil fuels,” he added.

It uncovered 800 spending programmes aiding the oil, gas and coal sectors, such as direct consumer subsidies or industry tax breaks.

These are nearly double the $100 billion a year most OECD countries agreed to supply by 2020 every year to allow developing countries to green their economies and adapt to a changing climate.

While some progress had been made in the past few years in cutting subsidies, it was far too little, said the report.

A recent study by the IMF estimated the true value of assistance to the fossil fuel sector topped $5 trillion when the damaging health and climate effects of emissions were accounted for.

Still – many oil and gas producers are urging governments to offer them more support as crashing prices make some drilling projects increasingly unviable.

Analysts Wood Mackenzie say $1.5 trillion of investment is “out of the money” given the cost of a barrel of oil is tottering at $50.

It said $220 billion of projects have been cut so far, with potentially more bad news for the industry to come unless leading producers reduce supply.