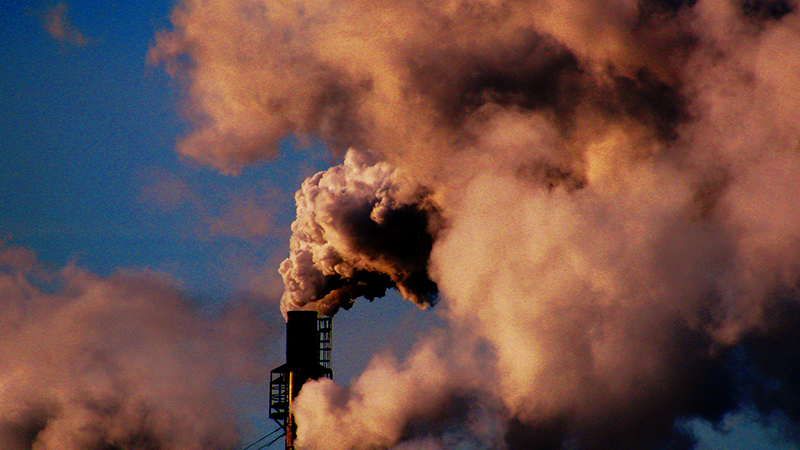 Pollution spews out of a Canadian paper mill. The planet has warmed 0.85C since the Industrial Revolution (Flickr/ Billy Wilson)

A 15-year lull in global warming from 1998-2013 never happened according to new research.

A lack of observed warming over that period has been used by sceptics to question the science behind climate change, but it was the result of dodgy statistical methods, a study published in the journal Climate Change on Thursday said.

“Our results clearly show that, in terms of the statistics of the long-term global temperature data, there was never a hiatus, a pause or a slowdown in global warming,” said Noah Diffenbaugh, a climate scientist at Stanford University and co-author of the study.

The study is the latest in a series of papers which builds on the June findings of the National Oceanic and Atmospheric Administration, which debunked the theory which bedevilled debates on slashing carbon emissions. 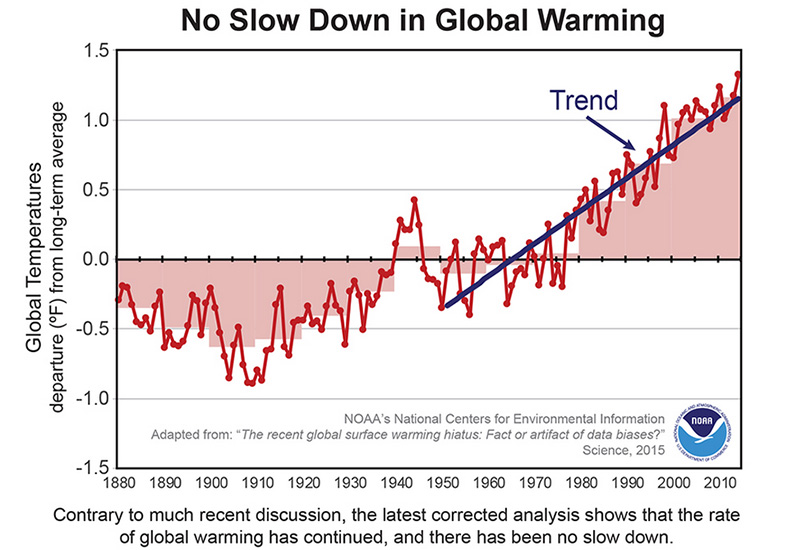 The NOAA paper found many of the ocean buoys used to measure sea surface temperatures over the last few decades gave cooler readings than ships.

Sceptics including Republican presidential hopeful Ted Cruz seized on evidence of a hiatus to make the scientific case against tackling greenhouse gas emissions.

“Many of the alarmists on global warming, they’ve got a problem because the science doesn’t back them up,” he said on American TV in March. “In particular, satellite data demonstrate for the last 17 years, there’s been zero warming.”

Those models assumed a more random distribution of data points. They also didn’t account for others factors in studying phenomena that change daily or monthly, or depend on previous measurements.

The Stanford researchers assessed both the uncorrected and corrected measurements carried out by NOAA.

“By using both datasets, nobody can claim that we made up a new statistical technique in order to get a certain result,” said Bala Rajaratnam, an assistant professor of statistics and of Earth system science.

The Stanford team went further and tried a method called “subsampling”, which seeks to reveal trends from small sample sizes, such as the 15-year hiatus window.

The researchers use the example of placing 50 coloured marbles representing a year into a jar to illustrate the technique. The marbles range from blue to red, representing different average global surface temperatures.

“If you wanted to determine the likelihood of getting 15 marbles of a certain color pattern, you could repeatedly pull out 15 marbles at a time, plot their average color on a graph, and see where your original marble arrangement falls in that distribution,” co-author Michael Tsiang said.

“This approach is analogous to how many climate scientists had previously approached the hiatus problem.”

In contrast, the new strategy is similar to stringing the marbles together before placing them into the jar.

“Stringing the marbles together preserves their relationships to one another, and that’s what our subsampling technique does,” Tsiang said. “If you ignore these dependencies, you can alter the strength of your conclusions or even arrive at the opposite conclusion.”

This framework gave it a confidence level 100 times stronger than the NOAA group, consolidating the effort to debunk the pause theory, they said.

“What is clear from analyzing the long-term data in a rigorous statistical framework is that, even though climate varies from year-to-year and decade-to-decade, global temperature has increased in the long term, and the recent period does not stand out as being abnormal,” he added.