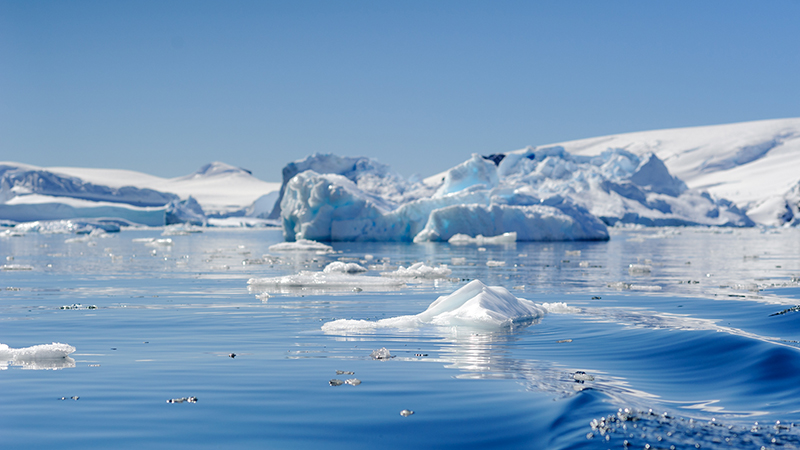 By Tim Radford
The high seas have begun to respond again to the changes in the atmosphere, with two new studies confirming that the Southern Ocean is absorbing more atmospheric carbon.
Levels of carbon dioxide in the atmosphere have been steadily increasing as humans burn ever more fossil fuels, but climate scientists will probably hesitate before exhaling sighs of relief over the latest findings.

So the discovery that one great stretch of hostile ocean is soaking up more of the stuff sounds like very good news. However, the celebrations are likely to be cautious, as there is no guarantee that the process is permanent.

Scientists led by Peter Landschützer and Nicolas Gruber, from the Swiss Federal Institute of Technology (ETH Zurich), report in Science journal that there had been fears that the ocean had become saturated and could absorb no more carbon from the atmosphere. No increase had been measured since the late 1980s.

“The Southern Ocean behaves like a giant lung, breathing in and absorbing vast amounts of carbon dioxide from the atmosphere, and releasing it later in the year,” says one of the team, Dorothee Bakker, research officer in the School of Environmental Sciences at the University of East Anglia, UK.

“The seas around Antarctica absorb significantly more CO2 than they release. And, importantly, they remove a large part of the CO2 that is put into the atmosphere by human activities such as burning fossil fuels.

“They basically help to slow down the growth of this greenhouse gas in the atmosphere and lessen the rate of climate change.”

However, there is no clear reason why the Southern Ocean should have started to gulp down atmospheric carbon once more. A change in wind and circulation patterns is the best explanation. But, if so, the “reinvigoration” may not be permanent.

Permanent or not, it is certainly real. Research proceeds by replication, and a second study reports in Geophysical Research Letters that researchers focused on millions of systematic measurements made over the last 13 years in just one segment of the Southern Ocean − the tempestuous Drake Passage between the tip of South America and the tip of the Antarctic Peninsula.

The Southern Ocean matters because it is – or was thought to be – a voracious consumer of atmospheric carbon.

“Although it comprises only 26% of the total ocean area, the Southern Ocean has absorbed nearly 40% of all the anthropogenic carbon dioxide taken up by the global oceans up to the present,” says one of the authors, David Munro, an atmospheric and oceanic sciences researcher at the Institute of Arctic and Alpine Research at the University of Colorado-Boulder, in the US.

It remains uncertain why this should be happening, but wind patterns, temperature and ocean upwelling are almost certainly factors.

“It’s likely that winter mixing with deep waters that have not had contact with the atmosphere for several hundred years plays an important role,” Dr Munro says.

There is no guarantee that the ocean will go on gulping down the carbon dioxide pumped out from power stations and car exhausts. The research will continue.

“Our statistical model is not able to predict the future development, so it is critical that we continue measuring the surface ocean CO2 concentrations in the Southern Ocean,” Dr Landschützer says.