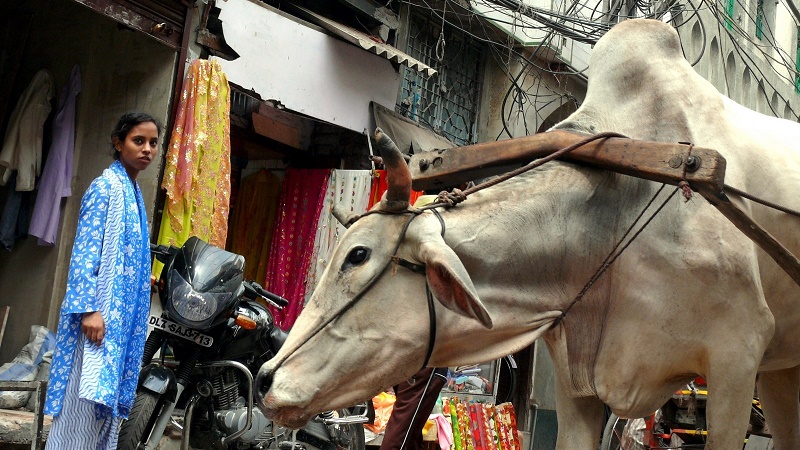 The architect of India’s climate policy has criticised the impact of Western decadence on the planet’s finite resources, as the country readies its pledge to a UN carbon-cutting pact.

Where the rich world requires five earths to fulfil its demands, India needs just one earth, he said in a meeting of negotiators in Paris.

“This is not because of poverty, but because of Indian value systems. We believe in need-based consumption and our lifestyle is against extravagant consumption.”

The world’s fourth largest carbon polluter and soon-to-be most populous country, India is central to a global warming agreement.

Some newspaper coverage of my Intervention at the Informal COP-21 Meeting in Paris on Sept 6-7, 2015 pic.twitter.com/1srr1VuaAF

It is resisting attempts to assign a year to cap its greenhouse gas emissions, following China’s offer of “around 2030”, stressing its right to haul the quarter of its 1.2 billion citizens out of extreme poverty.

The planet’s atmospheric capacity for carbon dioxide is fast declining if countries are to prevent temperatures rising above the agreed limit of 2C by 2100.

Emissions will have to reach “net zero” at some in the next half of the century, scientists project.

A crimped carbon budget means India can’t power its industrialisation on fossil fuels, as Europe and the United States did.

Javadekar quoted the latest Earth Overshoot report by thinktank Global Footprint Network. It reported that humanity exhausted the Earth’s natural resource budget in less than eight months – on 13 August this year, to be precise. That’s brought forward from 19 August in 2014.

Modi said the poor suffered most from climate change, reasserting demands for the developed world to lead on emissions cuts.

India’s emissions in 2011 were 1.7 million tons of carbon dioxide equivalent a head, according to the World Bank. In comparison, the figure for the United States was 17MtCO2e, Germany 8.9 and Saudi Arabia 18.7.

The country is expected to deliver an “intended nationally determined contribution” (INDC) to the UN before a 1 October deadline, ahead of a Paris summit where almost 200 nations are to sign a global warming agreement.

Within that, India is primed for a renewables spurt as it targets large-scale solar.