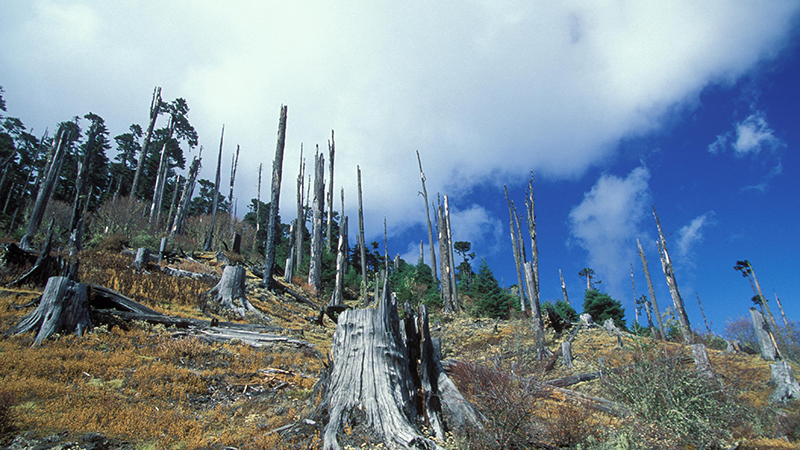 Forests are being cut down at a rapid clip in previously spared territories, data from the University of Maryland and Google reveals.

The world lost more than 18 million hectares of forest in 2014, an area twice the size of Portugal.

Over 2012-14, the three-year average was the worst since records began in 2001, in a troubling trend as rates reverse after years of decline. 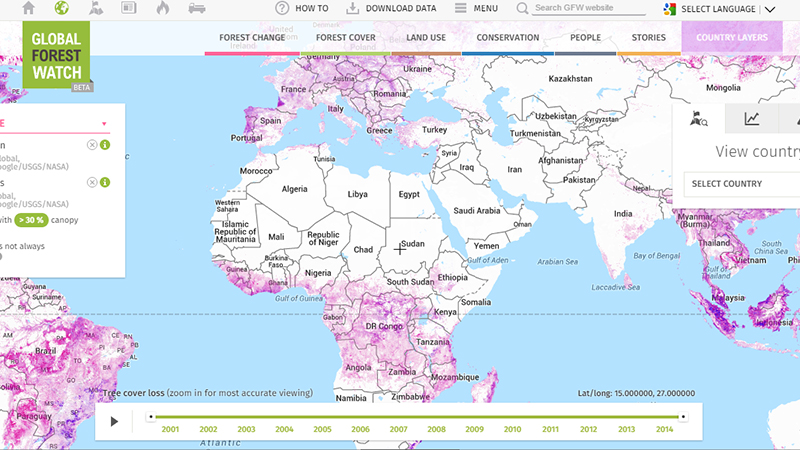 Carbon-rich forests hacked down for cash crops, such as beef, soy and palm oil, together with weak governance, are the main drivers of tree cover loss, said Nigel Sizer at the World Resources Institute.

“This analysis demonstrates a truly alarming surge in forest loss in previously overlooked hotspots,” the global director of the US think tank’s forest programme said in a statement.

Cambodia, Sierra Leone, Madagascar, Uruguay, and Paraguay are the five countries with the fastest acceleration of tree cover loss.

“The dry forests of the Gran Chaco region do not usually get as much attention as the jungles of the Amazon,” said Alberto Yanosky of non-profit, Guyra Paraguay.

“This analysis shows again that we need more international engagement on how to ensure cattle ranching and soy production don’t result in the destruction of our unique home.”

The contribution of Brazil and Indonesia – two big emitters from land use – to global tree-felling fell from 53% to 38% in 2014 on 13 years earlier, as swathes of virgin forests in other countries have come onto the radar.

The findings underlined the need for countries to seize the platform of a UN climate change summit in Paris to step up forest conservation.

“[A]s we head into the negotiations and the discussions this really sets a challenge for governments. They’re going to have to redouble efforts to improve the management of forests,” Sizer said in a WRI video.

The research is the largest and most up-to-date global dataset for tree cover loss, and shows the promise of cloud computing to help authorities to root out illicit activity.

The technology has revolutionised forest surveillance, which before relied on the likes of donor funding for countries to make forest inventories.

The UN’s Food and Agricultural Organization is set to release its widely-cited Forest Resources Assessment report, which is assembled by national authorities, at a conference this month.