US-led Glacier summit warns of climate impacts in sensitive region, but China and India do not sign declaration 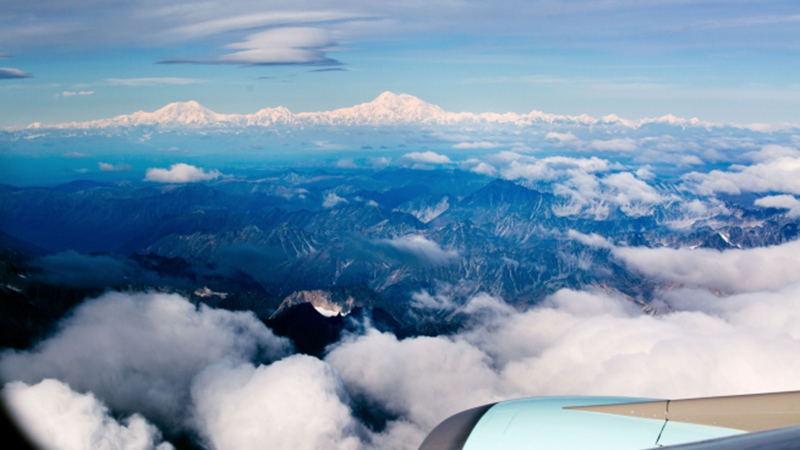 Mount Denali (former McKinley) is seen from a window on Air Force One during descent into Anchorage, Alaska on Aug 31. Glaciers on the mountain are melting (Credit: White House)

At least ten countries pledged to halt glacier melt and thawing permafrost in the Arctic at a conference on Monday.

Foreign ministers and officials from the European Union, Japan and United States, signed a joint statement during the State Department-devised Glacier summit in Anchorage, Alaska.

They endorsed mounting scientific research documenting retreating sea ice, set out an action plan to curb black carbon emissions and called for more research to measure the advance of permafrost and wildfires.

But China and India did not sign the document, somewhat limiting its impact.

“Climate change poses a grave challenge in the Arctic and to the world,” the declaration read.

“But these challenges also present an imperative for cooperation, innovation, and engagement as we work together to safeguard this vital region and to inform the world why the Arctic matters to us all.”

The US holds the rotating chair of an intergovernmental forum of eight Arctic countries, the main vehicle to tackle issues facing the region.

The Glacier summit was an ad hoc event, in this regard, providing a set piece for President Barack Obama to call on nations to sign a strong climate pact to cut emissions.

The statement said sea ice, the Greenland ice sheet and nearly all glaciers have shrunk over the past 100 years. Summer sea ice has fallen by 40% since 1979, while warmer and drier weather is stoking wildfires.

The chance of “significant feedback loops” coming into play could cause irreversible damage, it noted.

The signatories acknowledged the importance of the Framework for Action on Black Carbon and Methane, short-lived pollutants which accelerate ice melt, and urged all oil and gas firms to join the Oil and Gas Methane Partnership.

And they reaffirmed the need for a “successful, ambitious outcome” at international negotiations to reach a global climate deal in Paris this December.

Durwood Zaelke, president of the Institute for Governance and Sustainable Development, welcomed the plans.

“To save the Arctic, we need to cut both carbon dioxide as well as the short-lived climate pollutants, starting with black carbon soot, along with long-lived carbon dioxide,” he said.

“Cutting the short-lived climate pollutants can cut the rate of warming in the Arctic by up to two thirds.”

This story has been updated to reflect that Russia and Canada did sign the declaration unlike previously stated along with all Arctic states . This was due to a misinterpretation of the statement, later clarified by a State Department spokesperson.