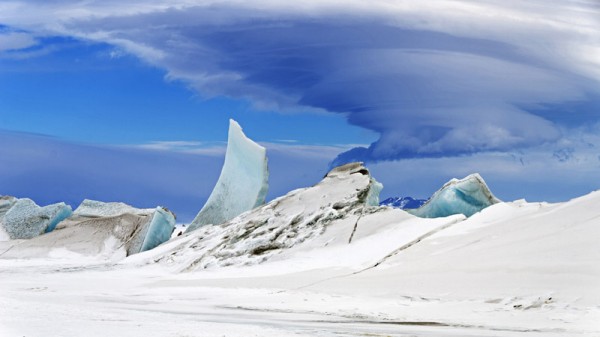 Scientists have used high-resolution computing techniques to calculate the future of the West Antarctic ice sheet over the next two or three centuries.

The West Antarctic peninsula right now is about the fastest-warming place on Earth. In the worst case scenario, glaciers will retreat by hundreds of kilometres, causing seas to rise everywhere.

This is an extreme case, but the forecasts for West Antarctica’s glaciers have been consistently alarming. In the last two years, scientists have confirmed that the rates of melt and retreat have accelerated, and that, under the combined effects of warmer air and sea, this melting may be irreversible.

Stephen Cornford, a researcher at the School of Geographical Sciences at the University of Bristol in the UK, and colleagues report in the European Geosciences Union journal The Cryosphere that their chief concern was to help climate science by fixing with greater precision the things that might happen to the most vulnerable mass of ice on the frozen continent.

The new study tests a range of climate predictions in greater detail than before, over a greater area, and a longer period of time. But the uncertainties remain. Will human-induced greenhouse gas levels continue to rise? How will the oceans respond? What will be the consequences for snowfall south of the Antarctic Circle?

So the study looks at all the possibilities in more detail, and the pay-off could be more confident predictions of climate change as the circumstances begin to change.

Cornford says: “We expect future change in the West Antarctic ice sheet to be dominated by thinning in the Amundsen Sea Embayment, just as it is today, until at least the 22nd century. But other regions of West Antarctica could thin to a similar extent if the ocean warms sufficiently.”

The worst-case predictions are disconcerting, and could have serious consequences for the hundreds of millions of people who live in cities and on productive land at or near sea level – for instance on the Nile Delta or in Bangladesh – or even below sea level, protected by sea walls, such as in the Netherlands.

But they remain just that: worst case predictions. The scientists were not concerned with establishing probabilities for any scenario, just with employing complex mathematical techniques to extend climate models.

The chief aim of the study has been to find ways of making sense of all possibilities − from no change to calamitous change − in the factors that govern glacier loss.

Co-author Dan Martin, a computational scientist at the Lawrence Berkeley National Laboratory in California, says: “Much like a higher-resolution digital camera transforms a blur into a flock of birds, higher resolution in a computer model often helps to capture details of the physics involved, which may be crucial to the broad picture.”