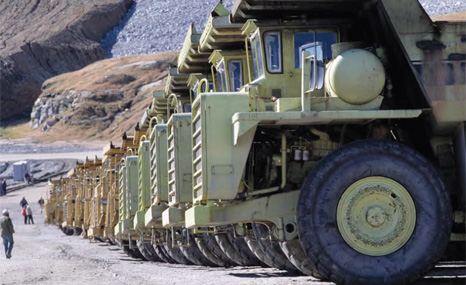 US banking giant Citigroup says the global coal industry is set for further pain, predicting an acceleration of mine closures, liquidations and bankruptcies.

The value of listed coal companies monitored by Citi has shrunk from $50 billion in 2012 to $18 billion in 2015, a trend it believes will continue.

“On the demand side we think thermal coal is cyclically and structurally challenged and that current market conditions are likely to persist,” it says in a report released on Tuesday.

Large diversified mining companies like Rio Tinto, Anglo American and BHP Billiton are already rationalising their business plans to cope with the expected downturn, it says.

CITIGROUP: “In financial terms, we estimate that the value of unburnable reserves could amount to over $100 trillion out to 2050. “

Explaining the shift in the global energy mix, Citi cites a “politically driven” decline in investor appetite for coal driving the move to lower carbon forms of energy.

“The Church of England has endorsed recent comments from the Papacy about reducing greenhouse gas emissions, all of which is leading to continued pressure on the coal industry,” it says.

Citi says the coal industry response to declining demand is “best described as optimistic and hopeful” that its fortunes will change and that new clean coal technology will be developed.

But a glacial pace of development on commercially viable carbon capture and storage (CCS) technology may seal the industry’s fate, the bank adds.

“If progress is not made quickly with CCS, it is difficult to see it playing a major role in emissions reductions.”

Coal demand in Asia remains strong, but Citi predicts Indian imports will slow by 2019 and highlights South Korea’s pledge to reduce coal’s share of the energy mix by 10% in 2029.

“Its ultimate survival may perversely come down to government intervention, which given the current political backdrop regarding CO2 emissions doesn’t appear likely,” it adds.