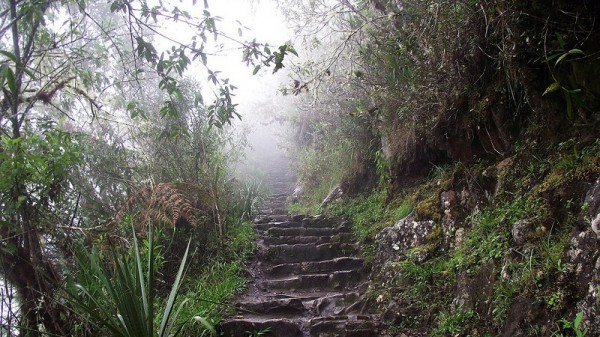 Scientists have known for years that, in a warming world, many living things try to move uphill to seek survival where the air is cooler. But not all species are able to move fast enough.

Unlike animals, trees and other sorts of vegetation cannot move quickly to escape the heat. And for some of them, it seems, there is no survival option available. They simply die.

A study published in the Proceedings of the National Academy of Sciences reports that the number of highland tree species in the Andes mountains of South America is decreasing as lowland trees move up the slope to avoid the rising temperatures and changing rainfall patterns.

The results suggest that tropical tree species in the region are at risk of extinction because of the intensification of warming, caused by emissions of greenhouse gases from human activities.

“The effects of climate change are everywhere – you can’t escape it,” says Kenneth Feeley, a researcher in the Department of Biological Sciences and International Centre for Tropical Botany at Florida International University.

“Some people hold the notion that the Amazon is an isolated and pristine ecosystem, immune to disturbances. We need to change our mindset and open our eyes to the fact that, even in the middle of the Amazon or the remote Andes mountains, species are at risk.

“Tropical forests, and the thousands of rare or endemic species they support, are highly sensitive to changes in climate, and they are perhaps some of the most threatened ecosystems of all. Climate change is pervasive and dangerous.”

Feeley, who has studied the ecology, biogeography and conservation of tropical plant and animal communities for more than 15 years, is the study’s corresponding author.

Most previous studies of the effects of climate change on tropical forests have focused on adult trees. But this latest study ­ – led by Alvaro Duque, an ecologist and conservation biologist at the National University of Colombia, Medellin – included shrubs and juvenile trees.

The research team mapped and measured more than 32,000 individual plants, representing more than 1,820 species, in the northern Andes and northwestern Colombia.

By looking repeatedly at the composition of species in a series of 16 forest plots, spanning a height range of nearly 3,000 metres, they were able to show that highland species are decreasing in abundance, relative to lowland, heat-tolerant species.

The changes are happening in large and small specimens, which the authors say suggests that the cause is a long-term disruption, such as global warming.

This study adds to the growing body of evidence compiled by Feeley and his colleagues that shows the upward migration of tropical plant species in recent decades in Peru and Costa Rica.

With these new results from Colombia, the scientists now have a more complete understanding of how the highly complex and under-studied ecosystems of tropical montane forests are being affected by changes in climate.