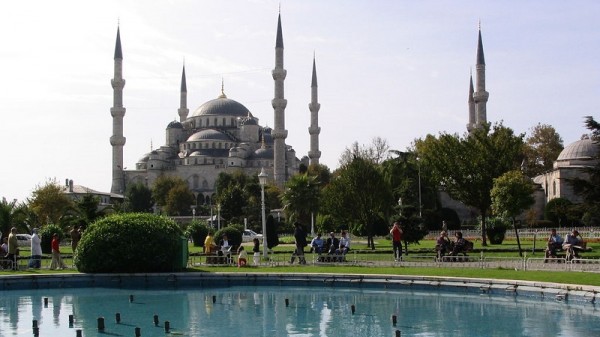 In mosques and madrasas worldwide, Muslims have a religious duty to tackle climate change.

That is to be the message of a declaration from religious leaders from Bosnia to Indonesia meeting in Istanbul, Turkey next week.

Drafted by Islamic scholars, the statement will urge the world’s 1.6 billion Muslims to cut their greenhouse gas emissions and advocate stronger action from governments.

Speaking ahead of the event, Shaban Ramadhan Mubaje, the Grand Mufti of Uganda, said: “Islam teaches us: ‘man is simply a steward holding whatever is on earth in trust’…

“Man should ensure that we do everything possible to protect for this and future generations in order to leave this world a better place than we found it.”

Coming ahead of a critical climate summit in Paris this December, the push from Islamic voices will add pressure on negotiators to agree a strong carbon-cutting deal.

It follows a significant intervention by Pope Francis, who put climate change on the moral agenda with an encyclical to Catholics in June.

Ibrahim Thiaw, a top official at the UN’s environment programme, said: “In this pivotal year… it has been heartening to see growing consensus among faiths that humanity’s development trajectory needs to be fundamentally altered in line with moral and spiritual values.”

He expressed a hope the call would “bring increased momentum to efforts to address the greatest challenge facing humanity today”.