Tidal energy fence: Is this the future for marine power? 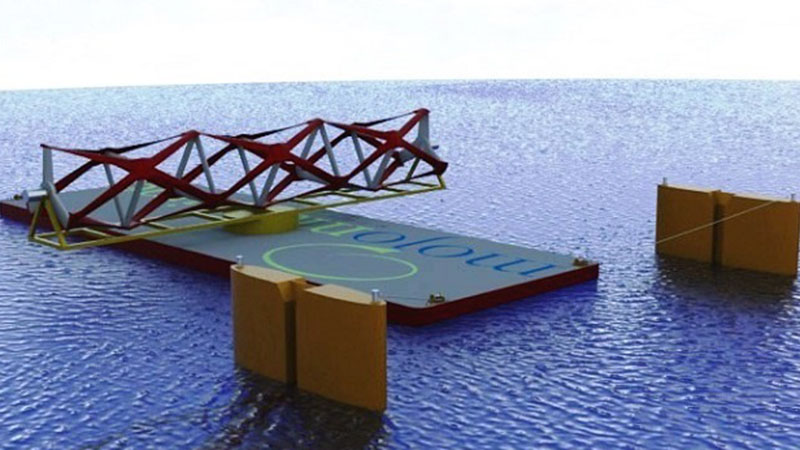 A British company has announced plans for an array of unique marine turbines that can operate in shallower and slower-moving water than current designs.

Kepler Energy, whose technology is being developed by Oxford University’s department of engineering science, says the turbines will in time produce electricity more cheaply than off-shore wind farms.

It hopes to install its new design in what is called a tidal energy fence, one kilometre long, in the Bristol Channel − an estuary dividing South Wales from the west of England − at a cost of £143m (US$222m).

The fence is a string of linked turbines, each of which will start generating electricity as it is completed, until the whole array is producing power. The fence’s total output is 30 megawatts (MW), and 1MW can supply around 1,000 homes in the UK.

Peter Dixon, Kepler’s chairman, told Reuters news agency: “If we can build up to, say, 10 kilometres’ worth, which is a very extended fence, you’re looking at power outputs of five or six hundred megawatts. And just to visualise that, it’s like one small nuclear reactor’s worth of electricity being generated from the tides in the Bristol Channel.”

The new Transverse Horizontal Axis Water Turbine (THAWT) − whose design is compared to that of a water mill − will use the latest carbon composite technology, and should be suitable for the waters around Britain, as well as overseas. 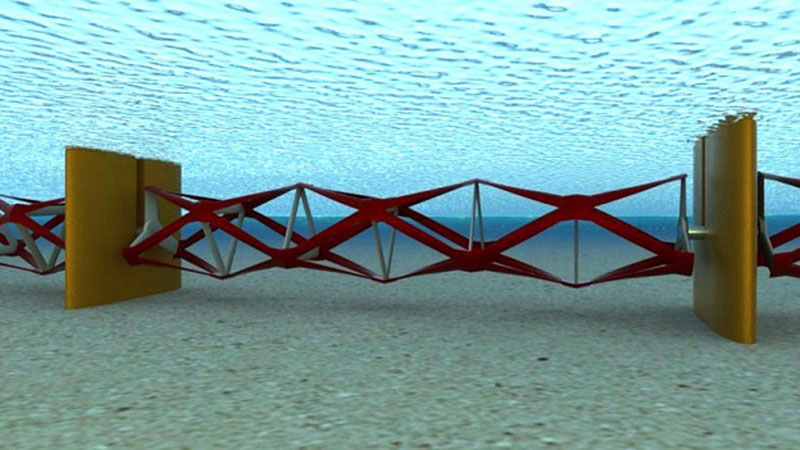 Because the turbines sit horizontally beneath the surface of the sea, they can be sited in water shallower than the 30-metre depth typically required by current designs. And because the water is slow-moving, the company says, fish can safely avoid the turbines’ blades.

Although the technology is regarded as environmentally benign, Kepler says it will still undergo a rigorous environmental impact assessment during the planning process to ensure that it poses no significant risk to marine life and to other users of the sea.

There is more good news for proponents of renewable energy after the UK government − which is no longer encouraging onshore wind and solar energy − gave the go-ahead for a large offshore wind farm that could provide power for up to two million homes.

The new wind farm is to be built near the Dogger Bank in the North Sea and will have 400 turbines.

Its developers say it could create almost 5,000 jobs during construction. And, earlier this year, they obtained planning consent for another installation nearby which, with the new development, will form one of the largest offshore wind farms in the world.

But the fossil fuel industry is far from abandoning its own interest in British waters as the energy giant BP has announced that it is to invest about £670m (US$1,040m) to extend the life of its North Sea assets.

It said it would be drilling new wells, replacing undersea infrastructure, and introducing new technologies to help it to produce as much as possible from the area, whose future would be secured “until 2030 and beyond”

In November, delegates to the UN Climate Change Convention annual negotiations will gather in Paris to try to conclude an ambitious and effective agreement on preventing the global average temperature rise caused by greenhouse gas emissions exceeding 2˚C above its pre-industrial level.

Last year, the Convention’s executive secretary, Christiana Figueres, said the world’s long-term goal was to reduce greenhouse gases to zero by 2100 − a target she said would require leaving three-quarters of fossil fuels in the ground. “We just can’t afford to burn them”, she said.